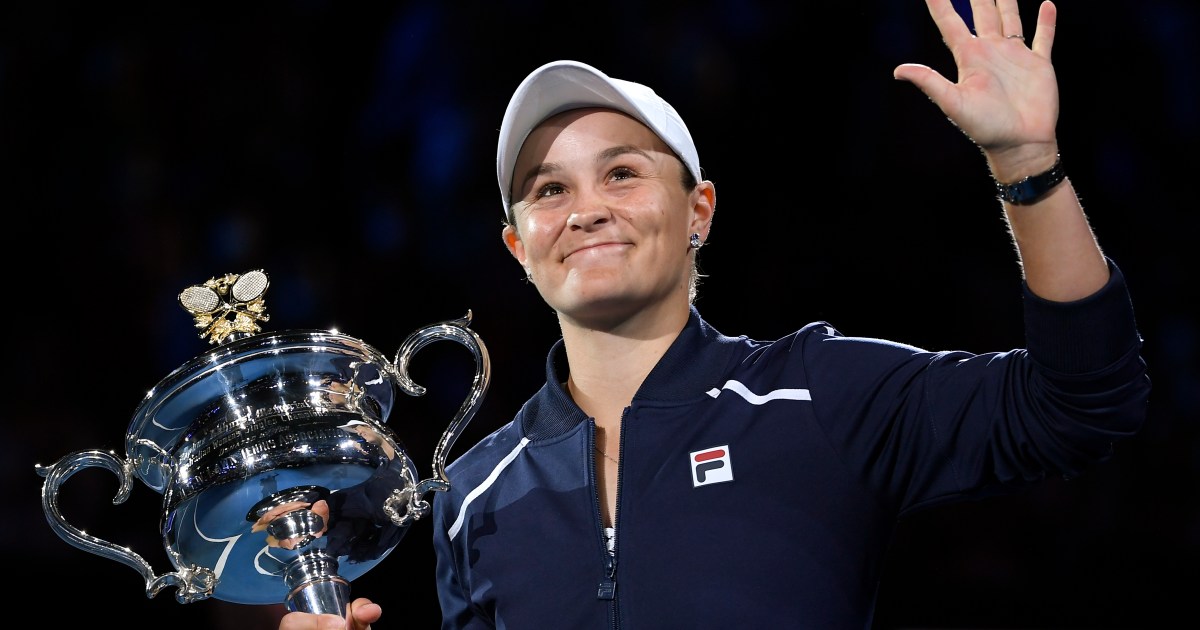 The Australian won 15 titles, including the Australian Open, Wimbledon and the French Open and was the sport’s top player for 121 weeks.

The world’s top women’s tennis player Ashleigh Barty has stunned the sport by announcing her early retirement at the age of just 25.

“Today is difficult and filled with emotion for me as I announce my retirement from tennis,” she said in a video posted on Instagram.

The Australian leaves the sport less than two months after becoming the country’s first home-grown Australian Open champion in 44 years, and winning a Grand Slam tournament on three different surfaces.

Barty has won 15 titles, including Wimbledon, played on grass, and the French Open, played on clay.

“I know how much work it takes to bring the best out of yourself … I don’t have that in me any more,” she said in the video.

“I don’t have the physical drive, the emotional want and everything it takes to challenge yourself at the very top level any more. I am spent.”

Barty previously walked away from the game as a teenager in late 2014 after becoming disaffected by the Tour.

She returned in 2016 and rose rapidly through the rankings, earning global acclaim for her brilliant tennis and winning the affection of fans for her unfailing sportsmanship.

She spent a total of 121 weeks as the world’s best and appeared destined for more success.

“Thank you for being an incredible ambassador for this sport and for women around the world,” the Women’s Tennis Association tweeted.  “We will miss you so much, Ash.”

Barty made no secret of her dislike for the touring life and her battles with homesickness.

“Ash Barty, the person, has so many dreams she wants to chase after that don’t necessarily involve travelling the world, being away from my family, being away from my home, which is where I’ve always wanted to be,” she said on Instagram where she was speaking to her close friend and former doubles partner Casey Dellacqua.

When the COVID-19 pandemic halted elite tennis in 2020, Barty took nearly a year off from the game to spend time with family rather than rejoin the circuit after it resumed.

“I know I’ve done this before, but in a different feeling,” she said.

“I’m so grateful for tennis, it’s given me all of my dreams, plus more, but I know the time is right now for me to step away and chase other dreams and to put the racquets down.”

She bows out after having earned nearly $24m in career prize money and as a national hero – the second Aboriginal Australian to win a Grand Slam title – following in the footsteps of Evonne Goolagong Cawley.

“Happy for @ashbarty, gutted for tennis,” said Briton Andy Murray. “What a player.”

The Women’s Tennis Association chair Steve Simon said Barty always led by example “through the unwavering professionalism and sportsmanship she brought to every match.

“With her accomplishments at the Grand Slams, WTA Finals, and reaching the pinnacle ranking of No1 in the world, she has clearly established herself as one the great champions of the WTA.”