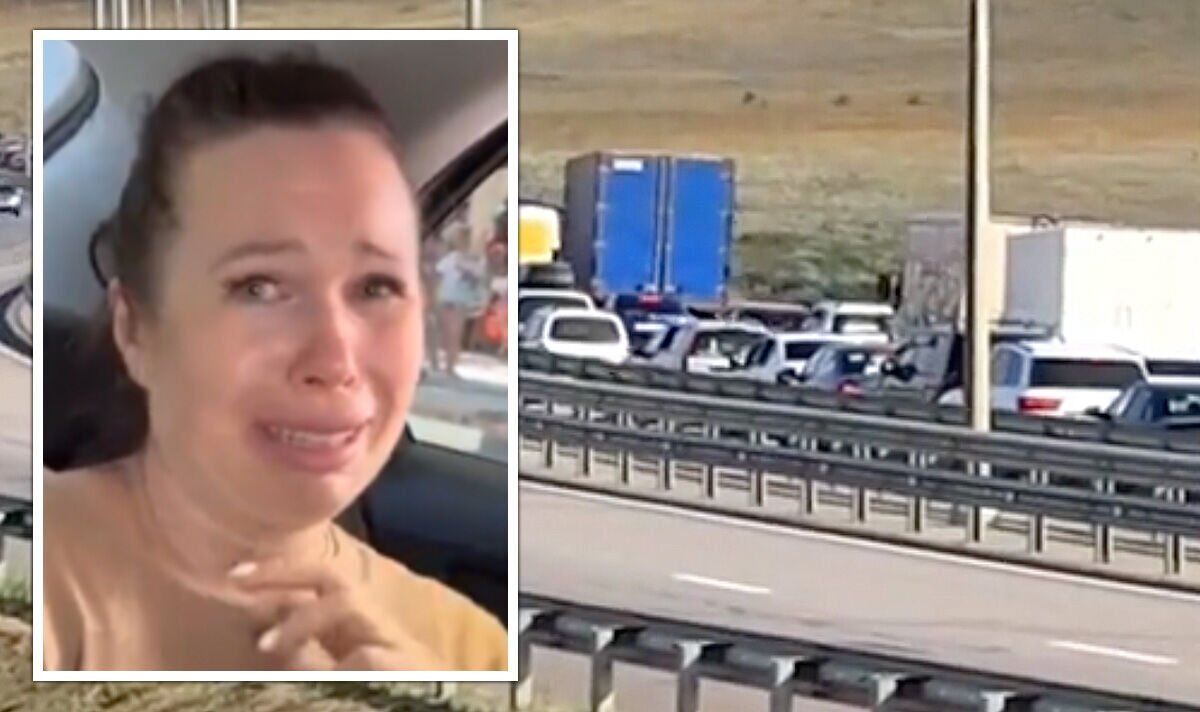 Ukraine’s own Ministry of Defence shared the footage of the crying woman, urging all Russians to leave Crimea.

They wrote: “Unless they want an unpleasantly hot summer break, we advise our valued Russian guests not to visit Ukrainian Crimea.

“Because no amount of sunscreen will protect them from the hazardous effects of smoking in unauthorised areas.”

@JensMarten9 said: “Ukraine bombs military air base, Russian holidaymakers cancel their vacation, return to their main homes and continue with their lives. When Russia bombs targets, Ukrainian citizens become refugees or internally displaced people and mostly need to start from 0.”

@Violetaskiller said: “Crimea is Ukraine! Must be really tough and sad having to bomb your own country. All my respect and admiration for ALL Ukraine Army. They are doing amazing work. Really proud of them. Slava Ukraine!”

@OJingryd said: “A Russian Karen – this is hilarious!”

@EmilStenberg2 said: “Who are the Russians stuck in traffic from Crimea? Can I hope that a majority are from Moscow, where most people haven’t been affected by the war? This would be a nice wake-up call why the war might not be such a good idea after all.