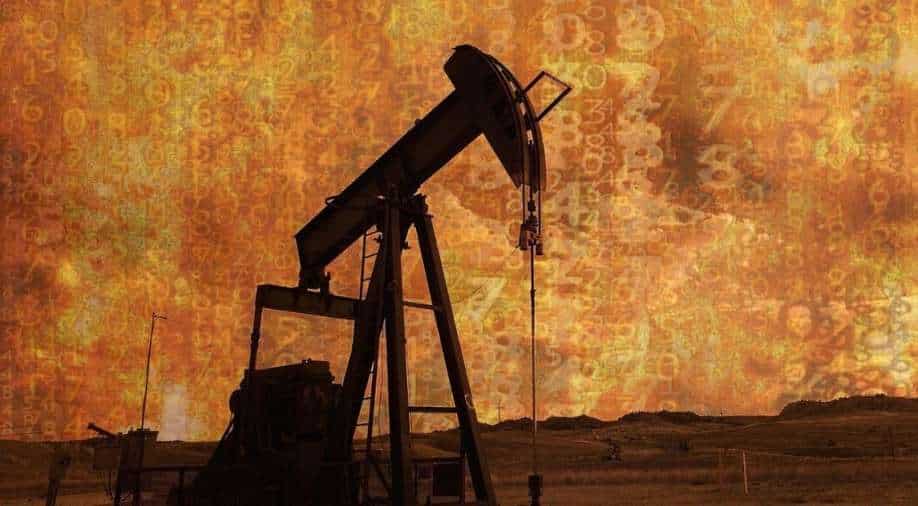 Oil and gasoline prices are climbing. Energy company profits are surging. President Joe Biden, who came into office promising to reduce the use of fossil fuels, has effectively joined the “drill, baby drill” chorus. Europe would love to end its dependence on Russia.

Is this the moment the U.S. oil business has been waiting for? Not exactly.

Production of oil by U.S. energy companies is essentially flat and unlikely to increase substantially for at least another year or two. If Europe were to stop buying Russian oil and natural gas as some of its leaders have promised, it won’t be able to replace that energy with fuels from the United States anytime soon.

“You had this bombastic, chest-pounding industry touting itself as the reincarnation of the American innovative spirit,” said Jim Krane, an energy expert at Rice University. “And now that they could be leaping into action to pitch in to bring much needed oil to the world, they are being uncharacteristically cautious.”

The biggest reason oil production isn’t increasing is that U.S. energy companies and Wall Street investors are not sure that oil prices will stay high long enough for them to make a profit from drilling lots of new wells. Many remember how abruptly and sharply oil prices crashed two years ago, forcing companies to lay off thousands of employees, shut down wells and even seek bankruptcy protection.

Executives at 141 oil companies surveyed by the Federal Reserve Bank of Dallas in mid-March offered several reasons for why they weren’t pumping more oil. They said they were short of workers and sand, which is used to fracture shale fields to coax oil out of rock. But the most salient reason — the one offered by 60% of respondents — was that investors in oil companies don’t want companies to produce a lot more oil, fearing that it will hasten the end of high oil prices.

The Dallas Fed survey found that U.S. companies need oil prices to average just $56 a barrel to break even, a little more than half the current price. But some are worried that the price could fall to as little as $50 by the end of the year.

“There is a tremendous amount of muscle memory from COVID and the dramatic drop in prices,” said Ben Shepperd, president of the Permian Basin Petroleum Association in Midland, Texas. “If we were convinced oil prices would hold at levels of $75 a barrel or more for another three years, you would see a higher level of capital deployment.”

U.S. oil companies are not alone. Saudi Arabia, the United Arab Emirates and other members of the Organization of the Petroleum Exporting Countries have also refused to pump a lot more oil since Russia’s war began in late February.

This deep-seated reluctance stands in contrast to how the oil industry has typically behaved when prices have surged.

Over the past two decades, oil companies almost always responded to higher prices by investing and pumping more. A drilling frenzy accompanied the rise in prices in the early 2000s, and again in the recovery that followed the 2008 financial crisis. U.S. oil production has doubled since 2006, and the country has become a major exporter of oil, natural gas and petroleum products like gasoline and diesel.

But every price boom was followed by a huge crash — three in just the past 14 years. Scores of companies have filed bankruptcy cases. Only two years ago, oil prices plummeted by more than $50 a barrel in a single day to less than zero as the pandemic took hold and producers had no place to store oil that nobody needed to buy.

Exxon Mobil’s stock fell so much that the keepers of the Dow Jones Industrial Average kicked it off the index. The company had been in the average in one form or another since 1928, and its departure became a symbol of Wall Street’s growing distaste for fossil fuel stocks as more investors demand that companies reduce the emissions causing climate change.

Oil executives and investors cite a number of scenarios under which prices could again fall quickly. For example, Russia could lose the war and have to retreat. COVID outbreaks and lockdowns in China could hobble that country’s economy, driving down global growth and demand for energy. A new nuclear deal with Iran could open a spigot of oil exports.

Pioneer Natural Resources, a major Texas producer that last year acquired two other oil companies, is no longer aiming to increase production by 20% as it had in years past. It now aims to grow by just 5%. The company’s chief executive, Scott Sheffield, said he aimed to return 80% of its free cash flow — the cash left over after it pays its operating expenses and capital expenditures — to shareholders.

“The model has totally changed,” he said.

Oil executives also argue that they are spending a lot of money on new oil and gas production but that inflation is undercutting their efforts. Exploration and production spending will rise by more than 20% this year but about two-thirds of that increase will go toward paying higher prices for labor, materials and services, among other costs, according to RBN Energy, a research firm based in Houston.

“It is a bit of a sticker shock because we’re seeing inflation across the entire sector,” Jeff Miller, the CEO of Halliburton, which drills wells and performs other services for oil companies, told analysts on a recent conference call.

Larger oil companies complain that even if they wanted to invest more, it would be hard to because Wall Street isn’t keen on financing new fossil fuel projects. Some investors who are concerned about climate change are instead choosing to put their money into renewable energy, electric cars and other businesses.

It is not that investors have become environmentalists. Many have run the numbers and concluded that the recent jump in fossil fuel prices will be short-lived and that they are better off investing in companies and industries that they believe have a brighter future.

“If you are an investor, has your view of the next five to 10 years actually changed? I think the answer is no,” said Amy Myers Jaffe, managing director at the Climate Policy Lab at Tufts University’s Fletcher School. “History tells us that oil shocks accelerate a shift to alternative energy, not the opposite.”

Many oil executives also complain that the future of their industry is clouded by political and regulatory uncertainty. They acknowledge that Biden has been calling on them to produce more but fear that his administration will go back to emphasizing the need for less oil and gas when prices fall.

“During Earth Day, the president said we have got to get off oil, and at the same time he’s begging us for 2 million additional barrels to send to Europe,” said Kirk Edwards, CEO of Latigo Petroleum, a West Texas producer. “You cannot have it both ways.”

The tension between the strategic advantages of domestic oil and gas production and the environmental costs of fossil fuel use are not likely to go away soon. Environmentalists are worried that awarding more permits for oil drilling on public lands and building new terminals to export natural gas to Europe will increase the world’s dependence on fossil fuels. But administration officials have countered that their emphasis on increasing oil and gas production will not deter longer-term efforts to make a transition to cleaner energy.

“We just can’t transition to green energy in a way that leaves us and our allies dependent on the oil of geopolitical rivals,” said Evan Ellis, a researcher at the U.S. Army War College and former State Department planner. “The ability of the U.S. to put more oil and gas into the market would be a useful weapon, enabling the Europeans to wean themselves off of Russian energy.”

David Braziel, CEO of RBN Energy, said the United States had the capacity to export more than 6 million barrels of oil a day, roughly twice what it is exporting now. While ramping up production will take time, he said the industry could produce 16 million barrels a day by 2027, more than 4 million barrels more than now, assuming prices remain high and investments increase.

“We have plenty of capacity to get extra crude oil out,” Braziel said. “We could be doing much more now than we are currently doing.”