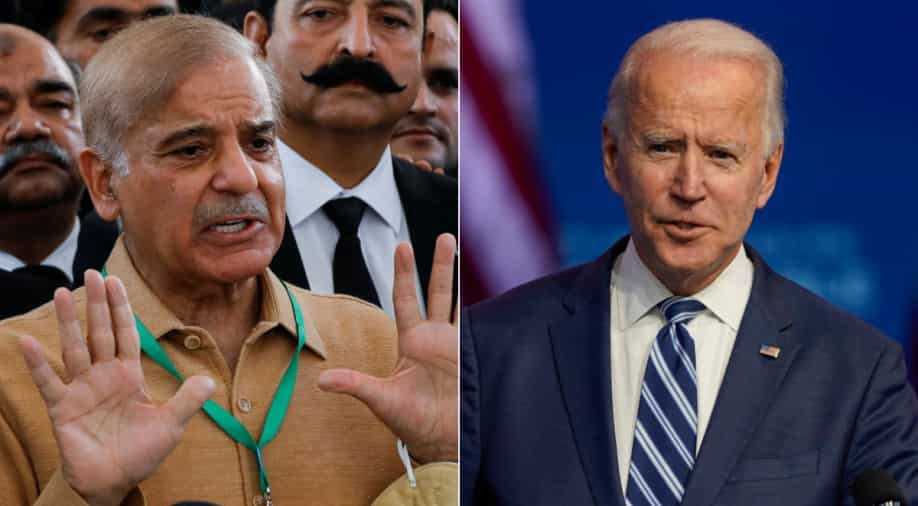 After the informal meeting, when WION reporters asked Pakistan PM as to how was his meeting with US President Joe Biden, Sharif said, “We had a good handshake.”

The world will be watching Sharif as he is set to address the UNGA session on September 23. His focus will be on the challenges faced by Pakistan in the wake of the recent climate-induced catastrophic floods.

Biden also announced another USD 2.9 billion for a fund aimed at helping to resolve global food insecurity, in addition to the “USD 6.9 billion assistance to support global food security already committed this year”.

During his UNGA address on Wednesday, Biden urged the world to help Pakistan which is still ‘under water’.

Biden said, “We all know we’re already living in a climate crisis. No one seems to doubt it after this past year. We meet – we meet – as we meet, much of Pakistan is still under water; it needs help.”

Biden urged the world to help Pakistan as a third of the nation is submerged in water. The country is facing its worst floods, which have apparently caused $30 billion of damage. Over 1,500 people have died and thousands have been displaced.

“Families are facing impossible choices, choosing which child to feed and wondering whether they’ll survive. This is the human cost of climate change. And it’s growing, not lessening,” said Biden in the presence of Pakistan Prime Minister Shehbaz Sharif.

Sharif thanked Biden “for highlighting the plight of the flood victims in Pakistan”. In a tweet on Thursday, he urged the world for an “immediate response.”