Skip to content
HomeWorldWatch | Chaotic scene at Ikea in Shanghai, shoppers attempt to flee due to fear of Covid quarantine 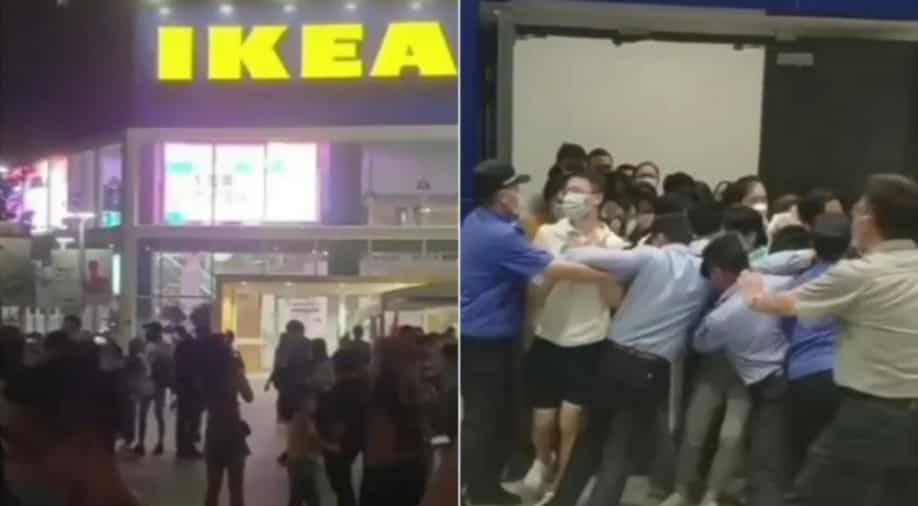 With shoppers trying to escape as authorities tried to quarantine them, there were chaotic scenes at an Ikea store in Shanghai on Saturday.

After a customer had been in close contact with a positive Covid case, health officials were attempting to lock the store in the Xuhui district down.

Several videos of the incident were shared on China’s Twitter-like platform Weibo where netizens slammed the country’s strict “zero-Covid” strategy.

Yesterday, an abnormal health code case was presented at an IKEA in Shanghai, & the entire mall was suddenly blocked🥶

Some ppl forced their way out for fear of being sent to concentration camps, but there is actually nowhere to escape under #AmazingChina’s digital surveillance pic.twitter.com/MWpbTOJ3kz

Following a severe two-month lockdown earlier this year, the Chinese Communist Party has ordered flash lockdowns of areas where positive cases or their close contacts have been detected.

Shanghai Health Commission deputy director Zhao Dandan said on Sunday that the Ikea store’s sudden shutdown was ordered because of close contact of a six-year-old boy who tested positive after he visited Lhasa in Tibet.

According to Zhao, those who were at the Ikea store and related areas must quarantine for two days followed by five days of health monitoring.

Shanghai Daily reported that nearly 400 close contacts of the six-year-old boy had been ordered to undergo PCR testing.

Swedish furniture retailer Ikea now has 35 outlets across China after it opened its first flagship Xuhui store in 1998.

Despite its huge impact on the economy and increasingly vocal objection from the public, China has stuck to its zero-Covid approach to slowing the spread of the coronavirus.