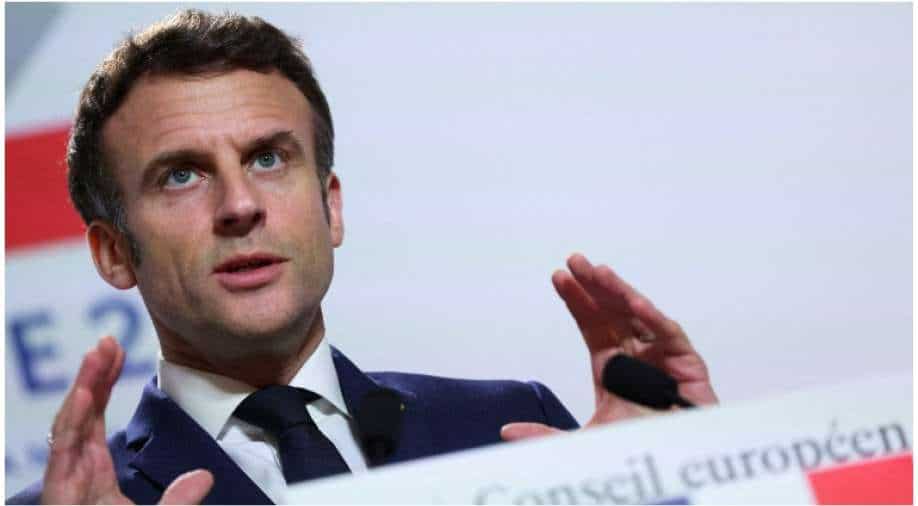 French President Emmanuel Macron appealed for calm and restraint in both, words and action, in handling Ukraine conflict. His comments have come just a day after US President Joe Biden called Russian President Vladimir Putin a ‘butcher’. Biden also said that Putin should not remain in power.

“I wouldn’t use this type of wording because I continue to hold discussions with President Putin,” Macron said on France 3 TV channel.

Biden was in Warsaw, Poland on Saturday when the strong words were uttered by him. Biden’s words that Putin “cannot remain in power” prompted a quick clarification from the American camp.

A White House official later said Biden’s remarks did not represent a shift in Washington’s policy and were meant to prepare the world’s democracies for an extended conflict, not back regime change in Russia.

“We want to stop the war that Russia has launched in Ukraine without escalation — that’s the objective,” Macron said on France 3 TV, noting the objective was to obtain a cease fire and the withdrawal of troops through diplomatic means.

“If this is what we want to do, we should not escalate things — neither with words nor actions,” he said.

Also Read: If I was the US President, I’d threaten to drop a nuclear bomb on Russia: Trump

The French president on Friday had said he was seeking to hold more talks with President Putin in the coming days regarding the situation in Ukraine as well as an initiative to help people leave the besieged city of Mariupol.

President Putin sent his troops into Ukraine on what he calls a “special military operation” to demilitarise and “denazify” Ukraine. Ukraine and the West say Putin launched an unprovoked war of aggression.

Also Read: Leading energy analyst says Russian gas sales to China ‘will not make up for loss of European markets’

“Obviously, those are words that add oil to the fire,” she said, when asked about Biden’s comment.

“The fact that the president of the Republic is not entering into this escalation is a good thing,” she said, speaking on France 3 in a pre-recorded interview that was broadcast on Sunday.