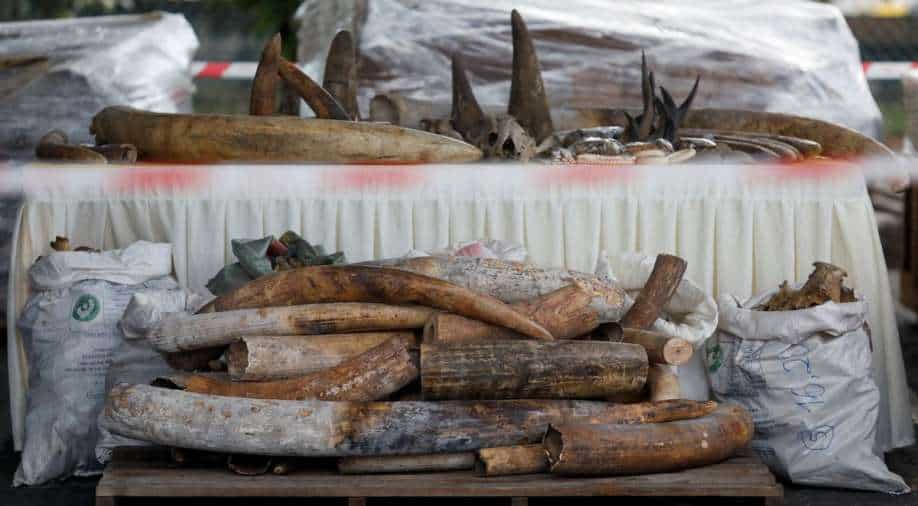 A US judge sentenced an extradited Liberian man to 63 months in prison for conspiring to traffic millions of dollars worth of horns and ivory from endangered rhinoceros and elephants, federal prosecutors said Thursday.

Moazu Kromah, an Uganda resident, was extradited from the west African country to the United States in June 2019, pleading guilty in March of this year to one count of conspiracy to commit wildlife trafficking and two counts of wildlife trafficking, the office of the US Attorney for the Southern District of New York, Damian Williams, said in a statement.

The trafficking plot involved the illegal poaching of more than around 35 rhinoceros and more than 100 elephants.

Williams praised the more than five-year sentence handed down by US District Judge Gregory H. Woods.

“Today’s sentence demonstrates that those who are responsible for the decimation of global populations of endangered and threatened animals protected by international agreements will face serious consequences,” he said.

Kromah, 49, and accomplices had buyers in the United States and Southeast Asia, trafficking some 190 kilograms (nearly 420 pounds) of rhinoceros horns and at least some 10 tons of elephant ivory from East African countries between roughly 2012 and 2019.

The estimated average retail value of the rhinoceros horn and elephant ivory was at least around $3.4 million and $4 million respectively.

They concealed some of the animal parts in pieces of art such as African masks and statues, the New York investigators say.

Poaching is fueled by a seemingly insatiable demand for rhino horn in Asia, where people pay huge sums for a substance — coveted as a traditional medicine — that is composed mainly of keratin, the same substance as in human nails.

Kromah is one of five men accused of being part of a criminal enterprise.

Kenyan Mansur Mohamed Surur was extradited to the United States last year and pled guilty to trafficking and drug dealing charges, according to a June statement from Williams’s office.

Guinean Amara Cherif is also in US custody and pled guilty to the charges against him in April this year.