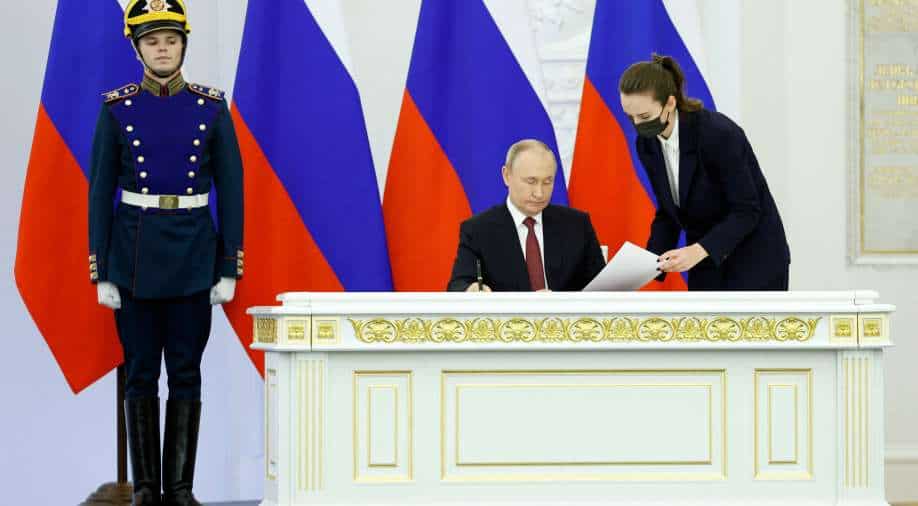 The United States imposed wide-ranging sanctions on Russia following its annexation of occupied regions of Ukraine. The sanctions target hundreds of people and companies, including those in Russia’s military-industrial complex and lawmakers. Putin’s proclamation is the biggest annexation in Europe since World War Two and gives Russia over 15 per cent of Ukraine territory.

“We will rally the international community to both denounce these moves and to hold Russia accountable. We will continue to provide Ukraine with the equipment it needs to defend itself, undeterred by Russia’s brazen effort to redraw the borders of its neighbor,” US President Joe Biden said in a statement.

The latest sanctions come on over and above sweeping measures already imposed by the United States and allies this year. Russia’s international trade and local economy have suffered massively because of the sanctions.

Guidance from the US Treasury and Commerce departments warned that anyone outside Russia that provide political, economic or material support to Moscow faced a heightened risk of sanctions.

The Treasury said it imposed sanctions on 14 people in Russia’s military-industrial complex, two leaders of the central bank, family members of top officials and 278 members of the legislature “for enabling Russia’s sham referenda and attempt to annex sovereign Ukrainian territory.

In his speech on Friday, Putin criticized the West as neo-colonial and Satanist, saying that it wanted to see Russia as a “colony”. Meanwhile, Ukraine said it would fast-track it’s application to join NATO, the US-led Western military alliance.

Among those designated for US sanctions were Deputy Prime Minister Alexander Novak; 109 State Duma members; the Federation Council of the Federal Assembly of Russia and 169 of its members; and the governor of the Central Bank of Russia, Elvira Nabiullina.

Taco LLC in Armenia, Russia’s Novastream Limited, a Belarusian state-owned supplier, and Russian technology and defense firms were among other companies designated over Russia’s defense procurement.