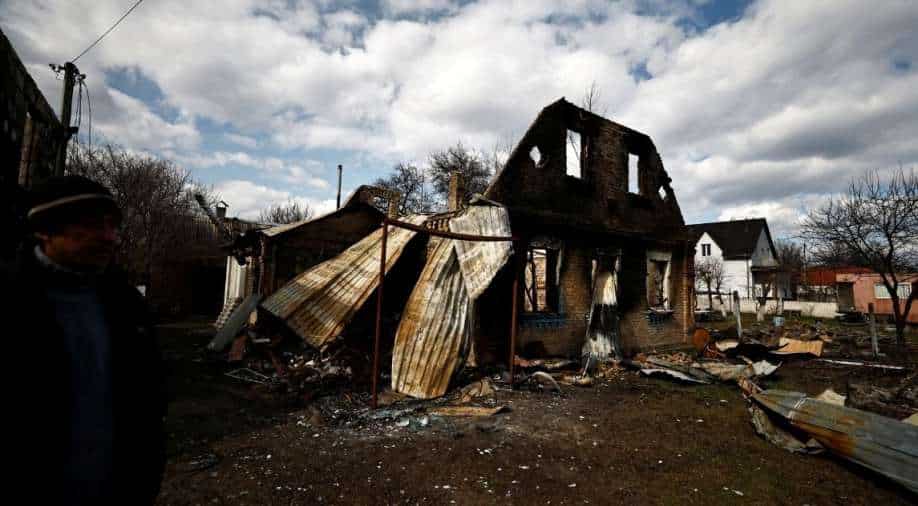 Russia has been accused of committing war crimes and genocide after mass graves were allegedly found in Bucha, a town outside Kyiv. Russian troops recently withdrew from that area. But Ukrainian authorities claimed that multiple dead bodies were found and reports of loot, rape and torture also emerged.

Millions have left Ukraine to save their lives and those who are still there speak about the brutality committed by Russian troops. Kremlin, on the other hand, denies all the allegations, labelling them as “fake” and Western “propaganda”.

Meanwhile, such claims keep emerging. In the latest development, Ukrainian mothers, who fear dying and leaving kids behind, are writing family contact details on the bodies of their children.

Photos of the same are going viral on social media forums. An independent journalist Anastasiia Lapatina also posted a similar image on Twitter, claiming that “Ukrainian mothers are writing family contacts on the bodies of their children in case they are killed and their child survives. And Europe is still discussing gas.”

In the photo, a small girl can be seen with contact details written in the local language on her back. While cross-checking, the same photo was posted by the girl’s mother Sasha Makoviy on Instagram three days ago.

After translation, it was revealed that the woman wrote details of family contact “in case something happens, someone would welcome her as a survivor”.

Ukrainian mothers are writing their family contacts on the bodies of their children in case they get killed and the child survives. And Europe is still discussing gas. pic.twitter.com/sK26wnBOWj

Meanwhile, satellite images taken in mid-March and released by the firm Maxar Technologies appeared to show bodies lying in the streets of Bucha.

Moscow has “categorically” denied responsibility for civilian deaths in the area, claiming images were “fakes” and that any killings came after Ukrainian forces entered Bucha.