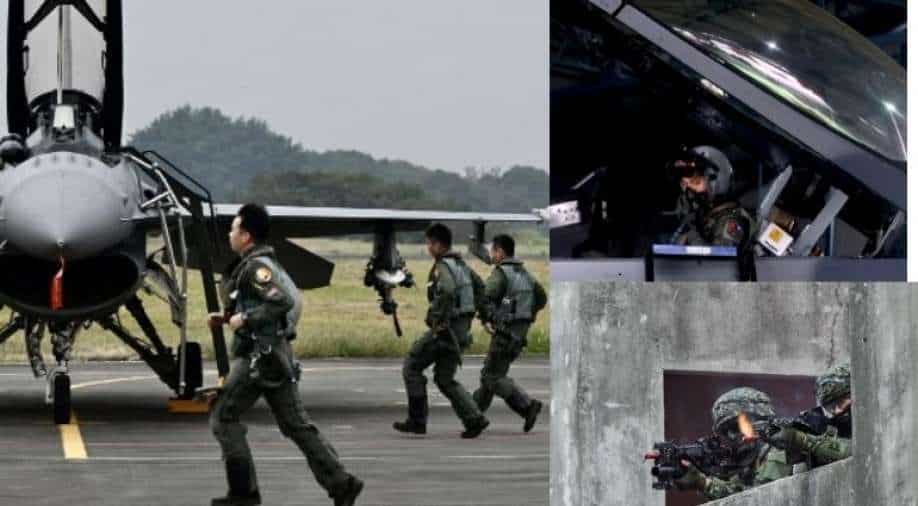 As the war in Ukraine drags on, Taiwan’s military released a handbook on civil defence as a survival guide in case of war with China.

Last month Taiwan President Tsai Ing-wen had visited an army reservists training programme amid war in Ukraine as citizens debated their war readiness and tactics with China threatening to seize the island nation.

President Tsai had said that “recent situation in Ukraine” means the security of the nation “depends on the unity of the whole people”.

Also Read in Pics: With Ukraine under attack, Taiwan military gears up

The Ukraine war has witnessed several instances of people fleeing to the nearest bunkers including underground shelters at home as the Ukraine government called on its reservists to take on the might of the Russian army.

In the handbook, Taiwan’s authorities detailed how citizens can find bomb shelters through smartphone apps.

The handbook was in the works before Russia’s invasion of Ukraine. The island nation faced a record number of air incursions from Chinese jets last year as President Xi vowed his regime would unify Taiwan with the mainland by force if necessary.

President Tsai has been a strong critic of China’s policy towards Taiwan. The Taiwanese president had requested more arms from the US as the Biden administration sought to accelerate the sale of next-generation F-16 fighters to the country.

The US recently approved the deployment of Patriot air defence system in Taiwan while maintaining that it wants to “modernise its armed forces and to maintain a credible defensive capability”.