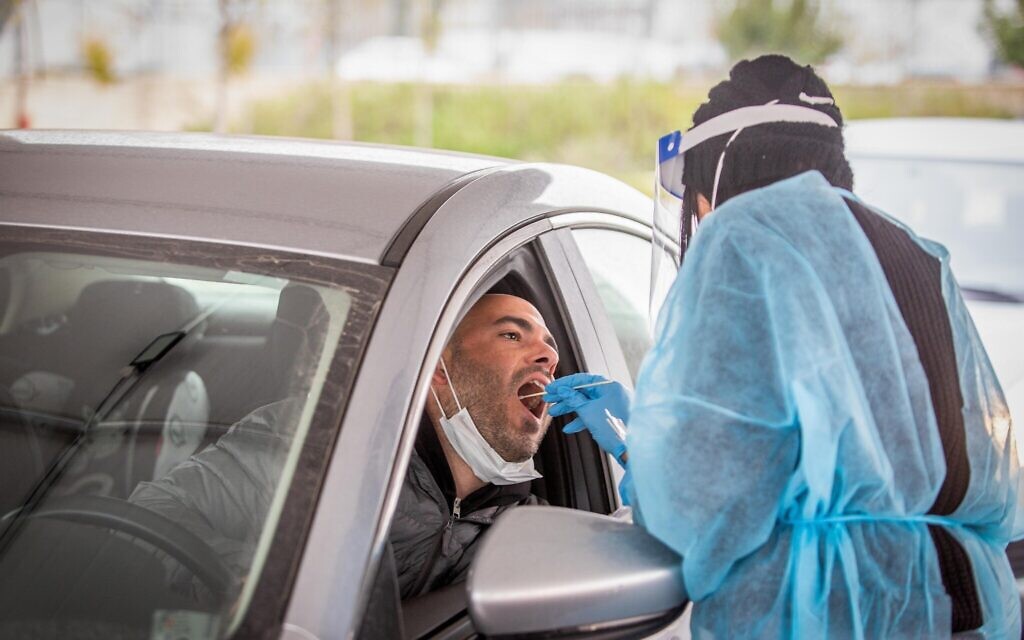 Health Ministry Director-General Nachman Ash said Sunday that while the number of new virus cases is increasing, similar increases are not being seen in the number of patients in serious condition, showing that the new strain of Omicron appears to cause no more serious disease than the original variant.

“The number of patients in critical condition has not increased in recent days and this indicates that the new variant is probably causing the same disease as the Omicron. It’s part of living alongside the virus,” Ash told Army Radio.

Israel has seen an increase in the transmission rate and new daily cases in recent days, but hospitalizations of patients in serious condition are holding steady.

According to the latest Health Ministry data, the reproduction rate, or R number, dropped slightly to 1.34.

The figure represents how many people each coronavirus carrier infects, with any reading above 1 indicating the virus is spreading. During late January and February, the number had been below 1, but it began to rise in early March.

According to the Health Ministry, there were 64,182 active COVID cases, with 9,726 cases confirmed yesterday. Of those cases, 136 were in critical condition, and 117 were on respirators.

Health officials have in part attributed the current rise in cases to the BA.2 variant, a subvariant of Omicron that is believed to be more infectious than the original.

When asked whether the end was in sight for the pandemic, Ash said that it was possible.

“Definitely, we are on our way there. I think it’s a few months until we can make it a little easier. But we must remember that the virus is still here and the risk of new variants still exists,” he said.

On Thursday, Israeli officials held a high-level discussion on whether to close Ben Gurion Airport in the case of a renewed virus outbreak, but emphasized that it did not mean that officials are actually planning on curbing flights in and out of the country anytime soon.