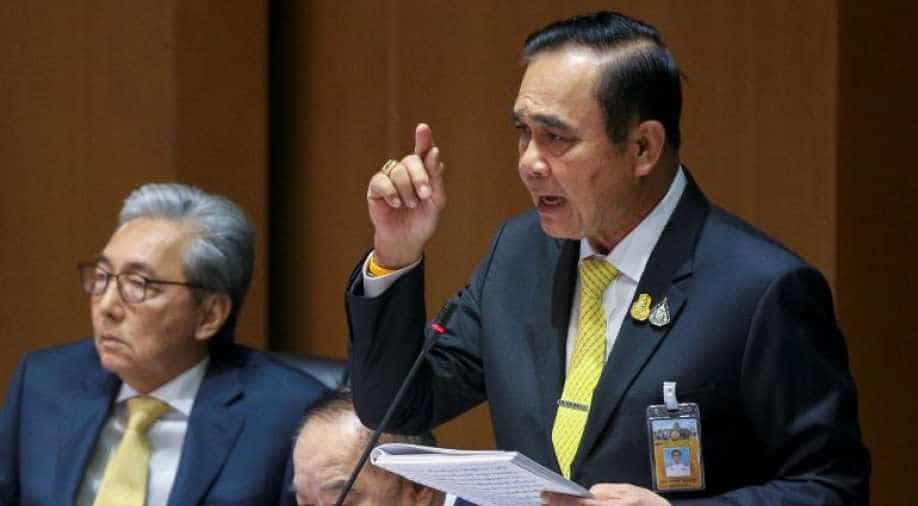 The petition was filed by the main opposition party, which argued that Prayuth’s time spent as head of a military junta after he staged a coup when he was army chief in 2014 should count towards his constitutionally stipulated eight-year term.

Though Prayuth could be restored to his position when the court makes its ruling, his surprise suspension threw Thai politics into confusion.

Prayuth will have 15 days to respond, the court told media in a statement, adding that a panel of judges ruled five to four in favour of his suspension, starting from Wednesday.

“The court has considered the petition and related documents and sees that the facts from the petition are cause for questioning as demanded,” it said.

It was not clear when the court would deliver a final ruling on the petition.

Prayuth ruled as head of a military council after he overthrew an elected government in 2014, and became a civilian prime minister in 2019, following an election held under a military-drafted constitution.

In its request for review, the main opposition party has argued that Prayuth should leave office this month because his time as junta chief should count towards his term.

Nearly two-thirds of Thais also want Prayuth out of office by this month, a recent poll showed.

But some supporters argue his term started in 2017, when a new constitution took effect, or after the 2019 election, meaning that he should be allowed to stay in power until 2025 or 2027, if elected.

The controversy is the latest in a country that suffered intermittent political turmoil for nearly two decades, including two coups and violent protests, stemming broadly from opposition to military involvement in politics and demands for greater representation as political awareness grows.

Pro-democracy activists have campaigned against Prayuth and his government, arguing that the 2019 election was not legitimate.

But student-led demonstrations petered out over the past couple of years, with the imposition of COVID-19 bans on gatherings. Activists gathered in Bangkok on Tuesday calling on the court to suspend Prayuth.

Thailand’s next general election is due by May next year.