The body of an Israeli teen that had been snatched by terrorists from a hospital in the West Bank was being returned to Israel early Thursday morning, the Israel Defense Forces said, averting a potentially major crisis.

“After efforts by the security establishment in coordination with the Palestinian Authority, the body of Tiran Fero, the young Israeli killed in a car accident in Jenin, is now being transferred to his family in Israel,” the IDF said in a statement.

Fero, 18, from the Druze-majority town of Daliyat al-Karmel, was critically injured in a car crash in Jenin and taken to a hospital in the Palestinian city on Tuesday due to his severe condition.

His family claims that Palestinian gunmen detached him from life support and grabbed him from the hospital, while initial reports indicated that he was already dead when he was taken.

His body was returned to his family in Israel after being held by terrorists in the West Bank for around 30 hours.

Various Israeli media reports had suggested that intensive negotiations were underway Wednesday evening to secure the release of Fero’s body, involving those in the highest echelons of government and the security establishment in both Israel and the Palestinian Authority.

Israel had sought a diplomatic solution to the crisis but was also preparing for a military operation to retrieve the body, Channel 13 reported.

Prime Minister Yair Lapid said Wednesday that “if Tiran’s body is not returned, the kidnappers will pay a heavy price.”

Unnamed security officials had said that the suspects were demanding the release of Palestinians imprisoned by Israel or the bodies of deceased Palestinian terrorists being held by Israel in exchange for Fero, who was a senior in high school.

The Kan public broadcaster cited Palestinian officials as saying that there had been a possible breakthrough in the talks to return Fero’s body on Wednesday night, but that Israeli officials had rejected any demand for a prisoner exchange deal.

Further stoking tensions, terrorists set off two bombs in Jerusalem on Wednesday morning, killing an Israeli teenager and wounding over 20 others. 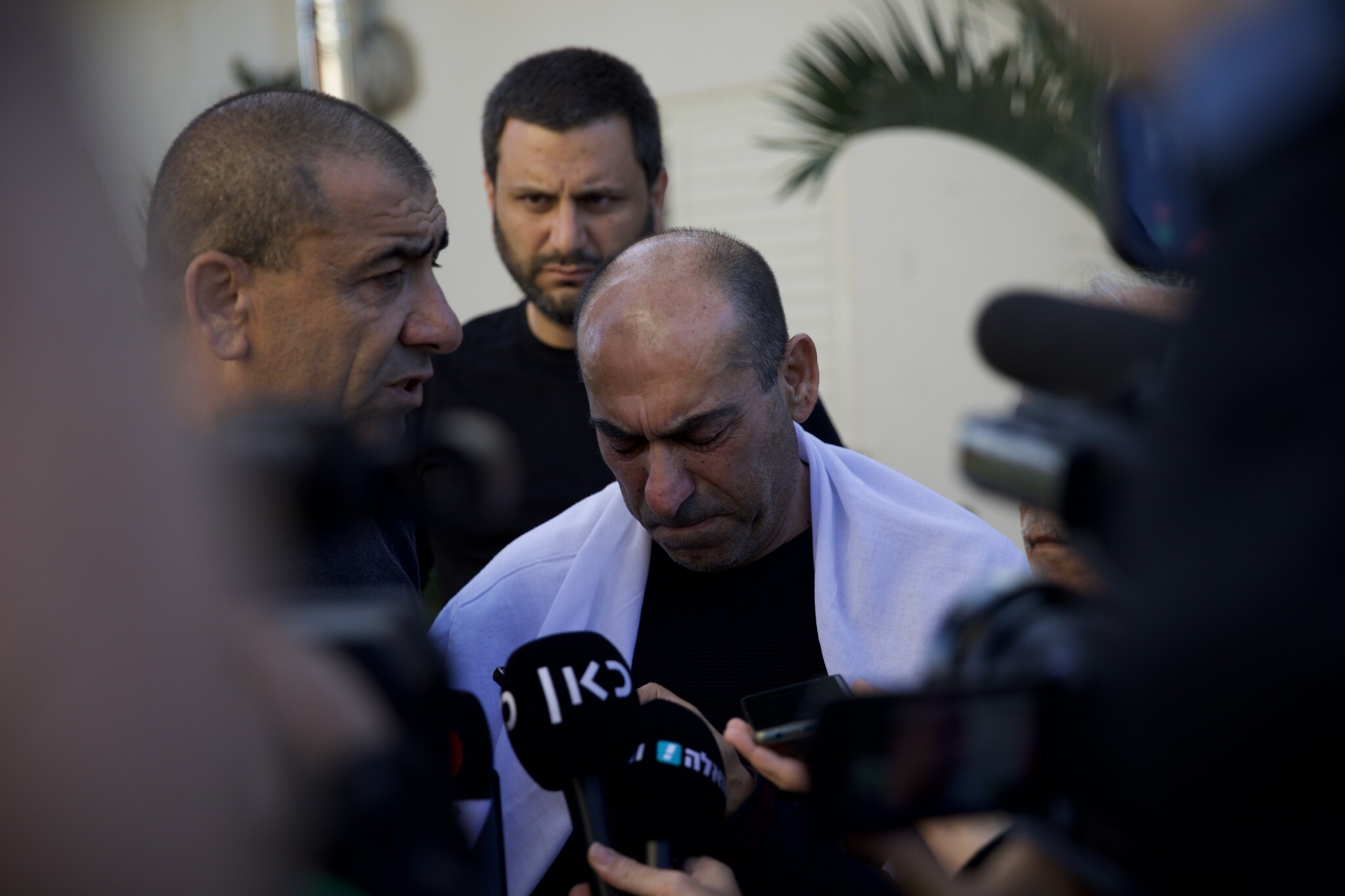 Tiran Fero’s father, Hussam, speaks to the media after his son was kidnapped from a hospital in Jenin by Palestinian gunmen, November 23, 2022. (Shir Torem/Flash90)

The kidnapping of Fero infuriated the Druze community in Israel. On Wednesday, thousands demonstrated in Fero’s hometown Daliyat al-Karmel and at a protest march blocking off a major highway.

More than one member of the community cited by the Walla news site said that if Fero’s body was not returned soon, they may have attempted to enter Jenin and retrieve him themselves.

Channel 12 posted a video of five masked men holding rifles threatening to go into Jenin to retrieve the body if it was not returned by Thursday morning.

One of the demonstrators said, “This is the first step. We’re going to turn the country upside down.”

While initial reports by the IDF and Palestinian media indicated that Fero had already died when he was snatched by unidentified gunmen, comments by his uncle Wednesday morning suggested otherwise.

“They were shooting in the air and shouting in Arabic… nobody dared to stop them,” Edri Fero told Kan. “They disconnected him from the machines and tossed him into a car.”

Edri said Tiran “had traveled to Jenin to fix his car with a friend,” and was involved in a car crash, adding that “he must have lost control of the vehicle on the way there.”

Several Palestinian sources had indicated that Tiran’s body was being held in the Jenin Refugee Camp. Palestinians had set up barricades around the city in anticipation of an IDF raid. 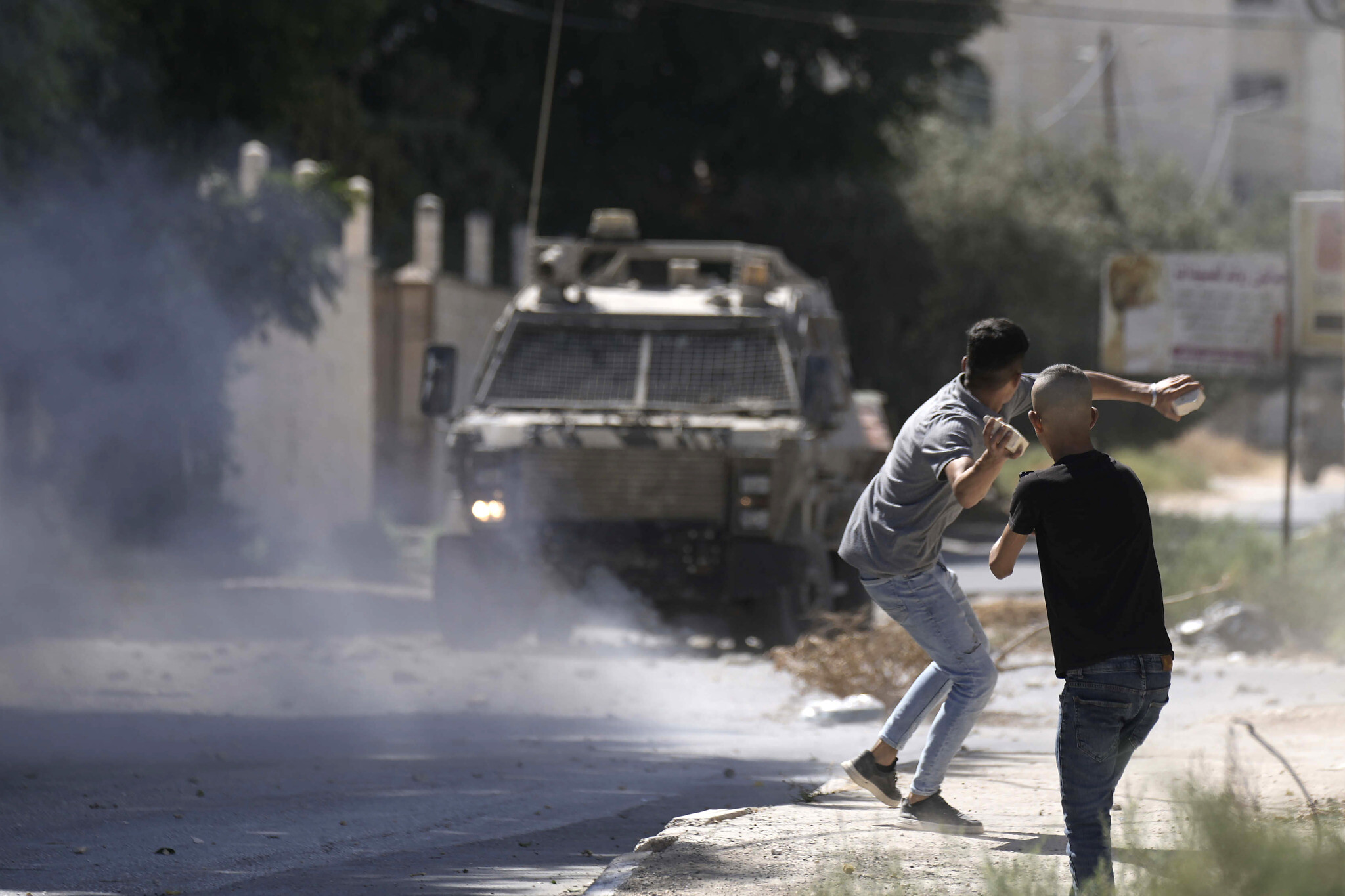 A Palestinian throws rocks at an Israeli military vehicle following a deadly operation in the West Bank city of Jenin on Sept. 28, 2022. (AP/Majdi Mohammed)

On Wednesday morning, COGAT, the military’s liaison to the Palestinians, announced that the Jalamah and Salem checkpoints in the northern West Bank would be shuttered until further notice following the incident.

The Jenin area has been seen as a major hotspot for terror in recent months and the Palestinian Authority is believed to be losing control of the region.

The incident in Jenin came as the military pressed on with a major anti-terror offensive mostly focused on Jenin and Nablus, to deal with a series of Palestinian attacks that have left 30 people in Israel and the West Bank dead since the start of the year.

The operation has netted more than 2,000 arrests in near-nightly raids but has also left over 130 Palestinians dead, many of them — though not all — while carrying out attacks or during clashes with security forces.

The bombings in Jerusalem have also put the country on edge. Police have bolstered forces in Jerusalem and other parts of the country amid a manhunt for the terrorists who planted the explosives at two bus stops in the capital.

A 16-year-old yeshiva student, Aryeh Schupak, was killed and 22 people were hurt in the two attacks, including one listed as critical and another three in serious-moderate condition, according to medical officials.