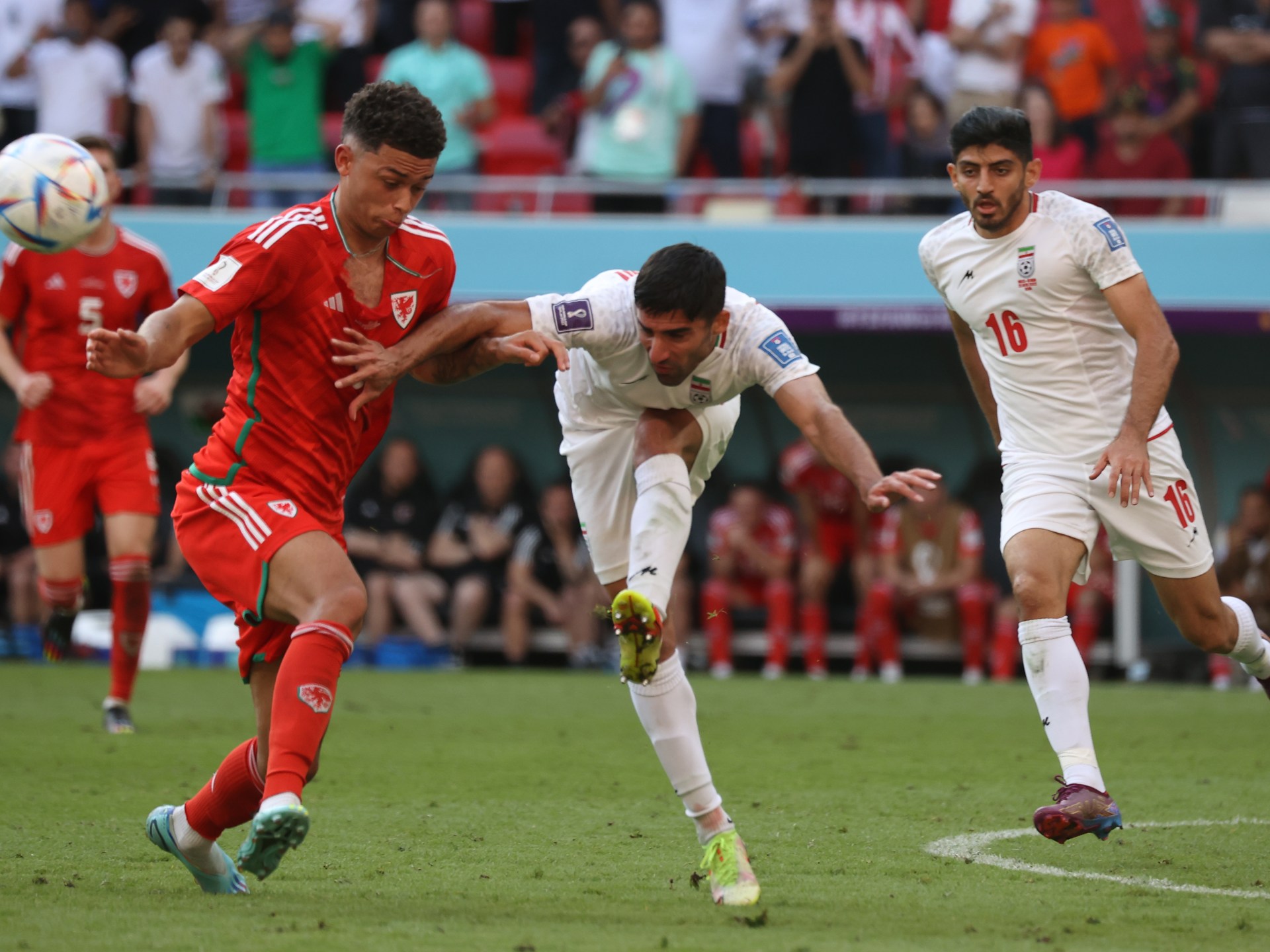 Midfielder Rouzbeh Cheshmi scored the first goal for his team in the eighth minute of stoppage time, turning the game as Iran went on to defeat Wales 2-0.

Wales dominated the possession throughout Friday’s match, and the first half had been a closely contested affair as both sets of fans passionately urged their teams on.

Iran eventually emerged as the better team in the second half, pleasing their manager Carlos Queiróz who was happy to see some pride in his side after England thrashed them 6-2 in their opening match.

For long spells, it seemed as though the game would end goalless as both sides found it hard to break down their opponents.

But a red card for Wales keeper Wayne Hennessey after a violent foul on Iranian forward Mehdi Taremi, opened the game up and allowed Iran to gain an upper hand with their numerical advantage.

Just before stoppage time, Cheshmi scored the first goal for his team with a peach of a strike.