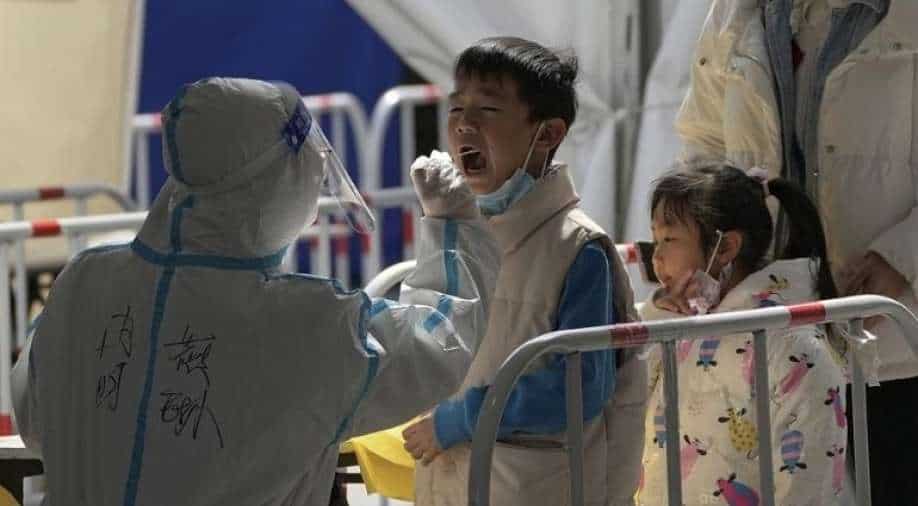 Shanghai will launch a phased lockdown to curb an Omicron-fuelled Covid-19 outbreak that has hit China with its highest caseloads since the early days of the pandemic, the city government said Sunday.

China’s biggest city will lock down its eastern half for five days of testing beginning on Monday, the government said, followed by a similar lockdown of its western side beginning on April 1.

New daily COVID-19 cases in the Chinese commercial hub of Shanghai remained close to 1,000 on Sunday as authorities scrambled to identify and isolate asymptomatic infections.

Queues were seen forming at grocers, as the city said more districts would be locked down for mass testing with residents told not to leave home unless strictly necessary. The testing campaign is part of Beijing’s national “dynamic clearance” policy to stamp out flare-ups as quickly as possible.

Throughout the city, while some compounds were unsealed, others were shut for several more days to try to eliminate transmission chains. Some residents said they would be sealed off for two weeks after a neighbour tested positive.

National authorities have warned local governments against slackening in their virus control efforts and reiterated that infections should be identified and isolated quickly, while acknowledging that officials should minimise the economic and social impact of COVID restrictions.

To contain its biggest coronavirus flareup in two years, bus service into the city has been suspended and visitors are required to show a negative virus test.

China’s latest waves of infections and local governments’ virus measures have also hit the cultural and entertainment sectors, with the China Association of Performing Arts expecting the cancellation or postponement of about 9,000 performances in the first three months the year.

Incomes from performances over that time are expected to fall by more than 35 per cent compared with the same period last year, the association said.

By March 26, mainland China had reported 137,231 cases with confirmed symptoms, including both local ones and those arriving from outside the mainland. There were no new deaths, leaving the death toll at 4,638.

The government said last week it was trying to fine-tune anti-disease controls to reduce their economic cost and impact on society.