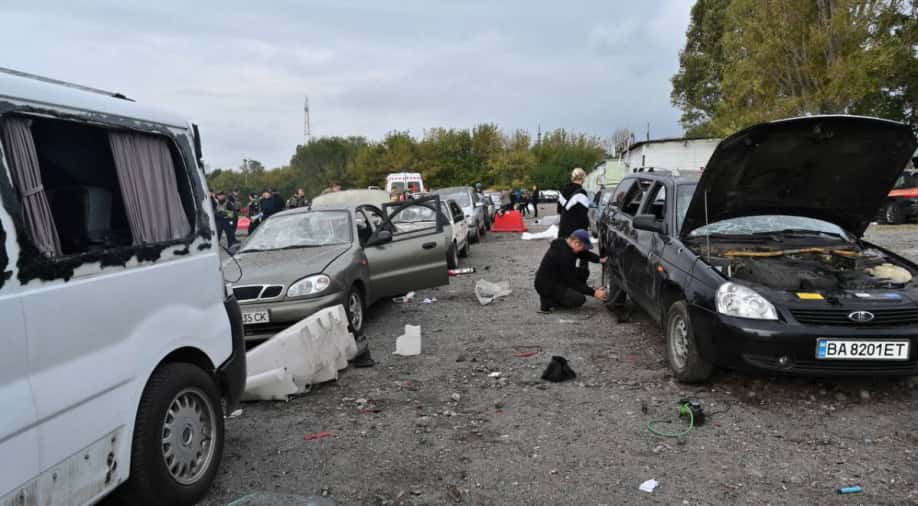 On Saturday, a senior Ukrainian official indicated that Russian forces shelled a civilian evacuation convoy, killing 20 people in the country’s northeast region. The incident took place in the Kupiansy district amid the intensified bombardment following Moscow’s annexation of Ukraine’s territory.

According to reports, the governor of the Kharkiv region, Oleh Syniehubov, said that this attack on people who were trying to flee the area is “сruelty that can’t be justified.” This is reportedly the second such attack in the past two days on a humanitarian convoy by Russian forces. The first one was in the Ukrainian city of Zaporizhzhia, on Friday, which killed at least 25 people. Meanwhile, Moscow has not acknowledged or commented on the attacks.

ALSO READ: 25 killed and 28 injured in Russian attack on civilian convoy in Zaporizhzhia

This comes after the Russian forces had retreated from much of Kharkiv after a successful Ukrainian counteroffensive last month. However, they have reportedly continued to shell the area. Meanwhile, Ukrainian President Volodymyr Zelensky and the country’s army have vowed to keep fighting to free the annexed regions and other parts of the country occupied by Russian forces.

According to Ukraine, their forces had surrounded thousands of Russian soldiers in the country’s eastern city of Lyman, which is located in one of the four annexed areas, they said on Saturday. Meanwhile, Zelensky has increased pressure on the western allies to defend his country with a formal application for Kyiv to join NATO.