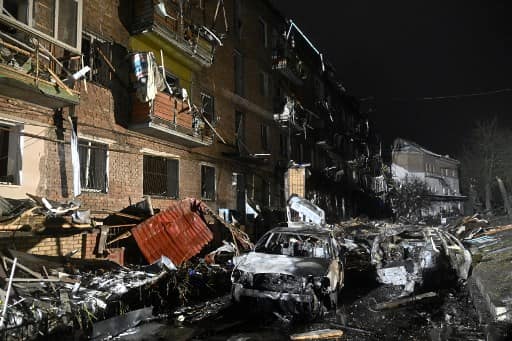 Disclaimer: A number of claims and counterclaims are being made on the Ukraine-Russia conflict on the ground and online. While WION takes utmost care to accurately report this developing news story, we cannot independently verify the authenticity of all statements, photos, and videos.

The Kremlin completely denied Russia’s involvement in the latest missile strikes on Ukrainian capital Kyiv and said that the damage was done by foreign and Ukrainian” air defence missiles. Several energy infrastructures came under attack on Wednesday as targeted missiles hit the capital of Ukraine.

“Not a single strike was made on targets within the city of Kyiv,” the Russian defence ministry said.

Any damage was “the result of the fall of missiles from foreign and Ukrainian air defence systems located in residential areas of the Ukrainian capital,” the ministry added, said an AFP report.

In the aftermath of the attack, Ukrainian President Volodymyr Zelensky and other cabinet ministers said that the attempts to regain power in various parts of Kyiv was deeply impacted by the fresh round of missile strikes and the official reports also claimed that three, including a teenager, were killed.

“The leadership of Ukraine has every opportunity to bring the situation back to normal,” Kremlin spokesman Dmitry Peskov said before adding that they just need to agree to Russia’s conditions.

Meanwhile, Kyiv mayor Vitali Klitschko said that the power was still cut off for many parts of the city and it had started affecting the water services for a majority of the city’s residents.

“Seventy per cent of the capital remains without electricity. Energy companies are making every effort to return it as soon as possible,” he told Kyiv Post when asked about the latest developments.

Earlier, the Union Nations criticised Russia’s constant attack on key infrastructures around the Ukrainian capital and said that the winter can be “life threatening” for around 10 million citizens.