Iran has reportedly been developing large cruise missiles that could potentially “eliminate many of the obstacles” toward delivering a nuclear bomb.

Citing several US intelligence and security sources and experts, The New York Times reported Thursday that Tehran has moved closer toward achieving weapons-grade enrichment and could soon possess the technology required to deliver nuclear bombs.

While both American and Israeli intelligence officials have suggested that Tehran would require at least two years to reach sufficient levels of enrichment and build a bomb that could fit atop a missile, the report said “growing gaps in knowledge” about the pace of Iran’s nuclear development could significantly change that estimation.

The report noted that Iran has recently notified inspectors from the International Atomic Energy Agency (IAEA) that it plans to advance its nuclear enrichment efforts at its underground Fordo site, which was previously sabotaged by Israel and the US.

The enrichment to 60% purity — a technical step from weapons-grade levels of 90% — was being carried out using the advanced IR-6 centrifuges at the facility and was described as a response to the IAEA’s resolution last week criticizing Tehran’s lack of cooperation with the nuclear watchdog.

The Times suggested that the Fordo site — located deep within a mountain range — would be “hard to bomb,” even if Israel’s incoming hawkish government led by Benjamin Netanyahu wants to carry out an attack. Netanyahu had reportedly considered ordering a strike on the site when he was premier in 2012. 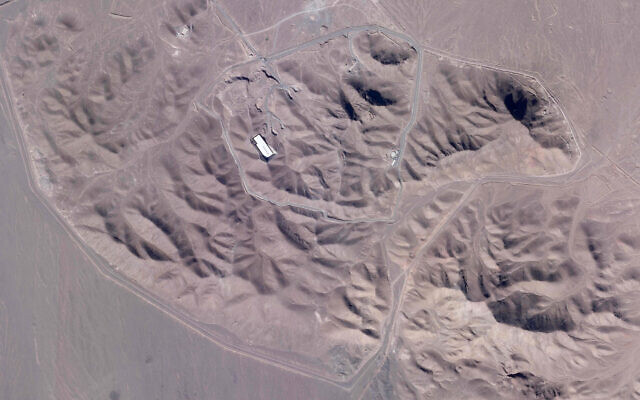 As hopes of returning to the 2015 nuclear agreement with Iran have dissipated, the US has shifted its focus to undermine Iran’s nuclear plans, and according to The New York Times, the Fordo site has been a cause for concern among Pentagon officials.

“Imagine telling the incoming administration in January 2021 that within two years, Iran would be enriching to near weapons-grade uranium at Fordo, deploying its most advanced centrifuges in large numbers, accepting severely limited international monitoring, accumulating multiple bombs’ worth of highly enriched uranium and rejecting diplomatic efforts,” Henry Rome, a senior fellow at the Washington Institute for Near East Policy, was cited as saying.

“That’s not quite a worst-case scenario, but it’s pretty close.”

Under the terms of the 2015 agreement, Iran was only permitted to enrich uranium to 3.67% purity. That deal gave Iran sanctions relief in return for curbs on its nuclear program to prevent the production of a weapon. The deal also called for Fordo to become a research and development facility.

The report said it’s hard to know how long Iran would need to produce a bomb and build a suitable missile to deliver it under the current conditions and available information, but suggested that current estimations may be lacking “at a time that inspections have been limited and cameras installed by the IAEA have been shut off by the Iranians.”

Lacking intelligence would make the diversion of nuclear fuel hard to detect, the newspaper added, adding that reports of military cooperation between Tehran and Moscow in Ukraine further complicate things, with the report suggesting it could be extended to missile development as well. 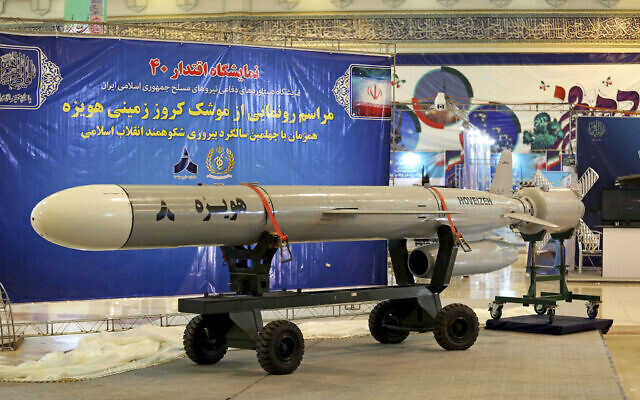 Earlier this month, Iran claimed to have developed a hypersonic missile capable of penetrating all defense systems.

Hypersonic missiles, like traditional ballistic missiles which can deliver nuclear weapons, can fly more than five times the speed of sound.

The US has repeatedly voiced concern that testing such missiles could boost Iran’s ballistic missile technology, extending to the potential delivery of nuclear warheads.

In March, the US government imposed sanctions on Iran’s missile-related activities.

It said in a statement at the time that the punitive measures followed “Iran’s recent missile attack on Arbil, Iraq, as well as missile attacks by Iranian proxies against Saudi Arabia and the United Arab Emirates.”

“These attacks are a reminder that Iran’s development and proliferation of ballistic missiles pose a serious threat to regional and international security,” it said.