Skip to content
HomeWorldRefugee charities lose appeal, UK to proceed with the 1st deportation flight of unlawful migrants to Rwanda 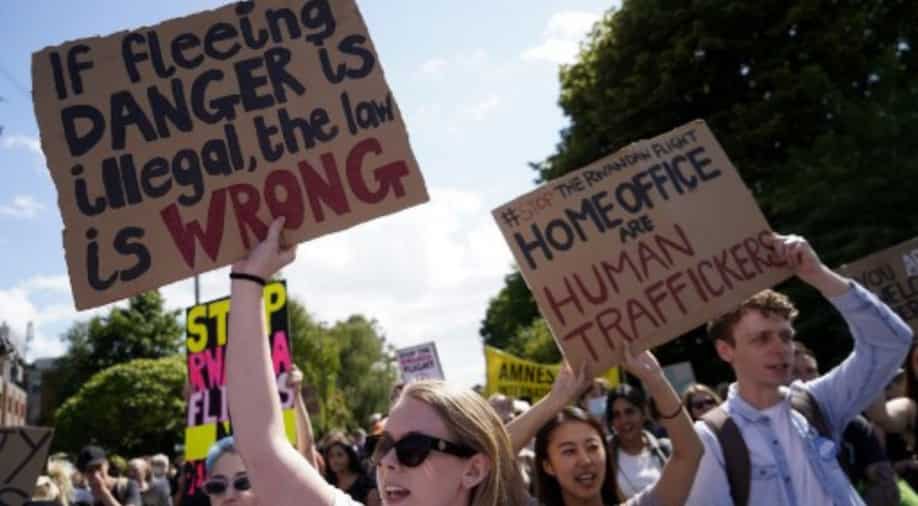 An appeal to halt the plane that is to deport 31 British asylum seekers to Rwanda has been defeated. AFP reports that the London Court of Appeals on Monday rejected the appeal to stop the United Kingdom government’s controversial first flight carrying asylum seekers to the African nation of Rwanda. “This appeal is dismissed,” said judge Rabinder Singh, after the High Court on Friday denied a petition filed by refugee charities and a trade union, who call it immoral, dangerous, and counterproductive. The deportation on Tuesday will take place as part of a government scheme that will relocate those who have entered Britain illegally since January 1.

One-way flights to Rwanda are intended to deter those making this perilous journey, to enter the UK hoping to start a new life. The government claims it wants to end these treacherous journeys.

Also read | UK gets one last chance to stop ‘immoral, dangerous and appalling’ deportations to Rwanda

Filippo Grandi, the UN refugee chief has slammed the government’s plan and said it is “all wrong”.

Speaking to reporters, he said, “We believe that this is all wrong… for so many reasons.”

As per an AFP report, more than 10,000 migrants have illegally crossed the Channel this year. This is a huge increase from the prior years’ numbers.

Watch | Why is Boris Johnson govt sending asylum seekers from UK to Rwanda?

Grandi said that he too wants to put an end to these dangerous journeys, but reiterated the UNHCR’s position that exporting illegal migrants is not the way out.

Rwanda has long been thought of as a nation lacking on the human rights front. The UN agency had in the past also raised concerns about a lack of legal redress in the country and the potential discrimination faced by gay individuals.

“The UK says… we do this to save people from dangerous journeys. Let me doubt that a little bit,” said Grandi.

“Saving people from dangerous journeys is great, is absolutely great. But is that the right way to do it?” he asked. “I don’t think so.”