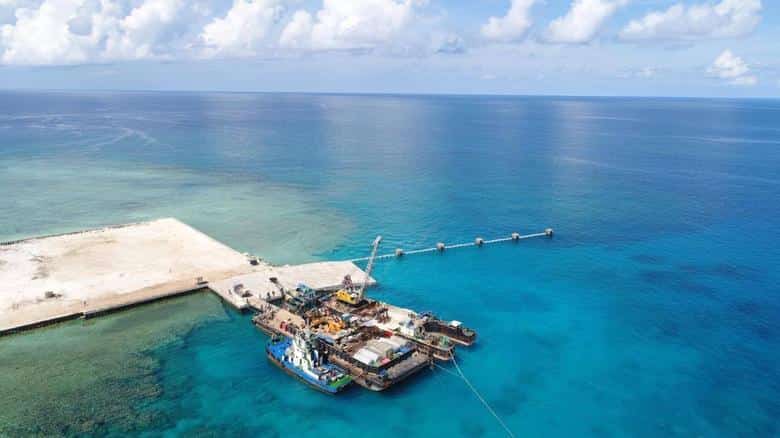 The Philippines has sought clarification from China following a confrontation between Filipino and Chinese personnel off Thitu Island— a disputed South China Sea territory.

“We have issued a note verbale already, seeking clarification from China on the incident. We, of course, have our own reports, but we would like to hear it from the side of China,” Foreign Affairs Secretary Enrique Manalo told CNN Philippines.

The Department of Foreign Affairs in a statement on Wednesday said that a note verbale was sent to Beijing upon the instruction of President Ferdinand “Bongbong” Marcos Jr.

The confrontation between the two forces took place on November 20.

The Armed Forces of the Philippines’ Western Command claimed that an unidentified floating object retrieved by the Philippine Navy off Pag-asa Island waters was “forcefully” taken by the Chinese Coast Guard.

According to the Chinese embassy, the floating object was the wreckage of the fairing of a rocket recently launched by Bejing.

It also denied the Philippines’ claim that it forcefully took the item, saying there was a “friendly consultation” between involved parties.

Though tt is unclear whether the confrontation led to any skirmish between the two, local media reports claimed that residents of Pag-asa Islands heard blasts believed to be from the artillery guns/weapons on the Zamora Reef, a region in West Philippine Sea occupied by Beijing.

Foreign Affairs Secretary Enrique Manalo told CNN that the government backs the statement made by Philippine authorities, and added that further clarification will be sought if the reply by Beijing is found to be lacking.

“We’ll have to take it step-by-step but depending on the reply, if we find the reply lacking or we need further clarification, we will continue the discussion perhaps through notes verbale or if necessary, through verbal face-to-face meetings,” he said.