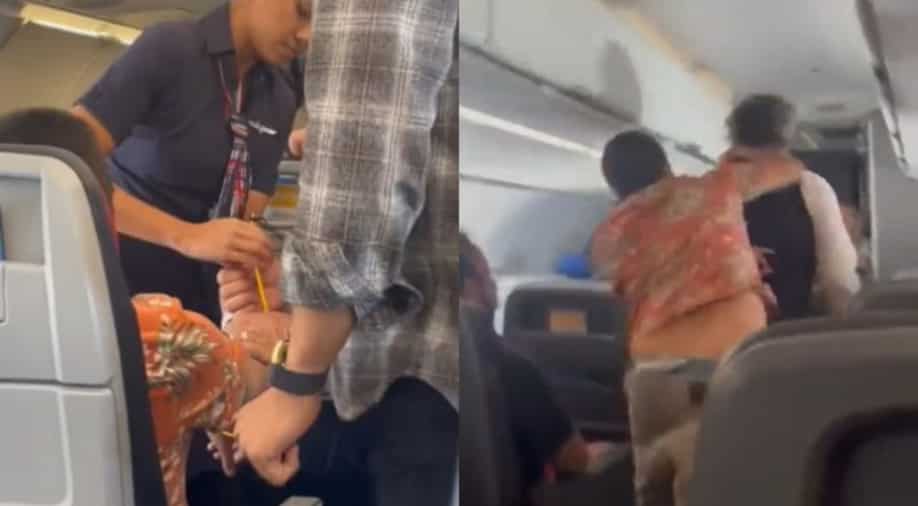 A passenger in American Airlines faces up to 20 years in prison after punching a flight attendant as he was refused coffee.

Following his attempt to relocate to a seat near the first-class cabin, the passenger on Flight 377 from San Jose del Cabo to LAX was removed.

In a video of the incident, Alexander Tung Cuu Lee can be seen being restrained by other passengers and arrested upon touchdown.

He was reportedly mumbling to himself about ‘killers’ aboard the California-bound plane and threatened the male attendant when he was provided assistance.

Violence in the air: a friend was travelling from Cabo to LAX, when a passenger hit a flight attendant for not letting use him the first class bathroom. He was later restrained by other passengers and arrested upon touchdown. The video shot was by Barrie Livingstone pic.twitter.com/PntVqWyWs9

With the male flight attendant standing in the aisle in front of the suspect, the video shows Lee attacking the attendant.

After receiving the underhanded blow, the attendant called authorities and another crew member rushed to retrieve a pair of restraint cuffs.

Following the incident, the suspect was then led off the plane by Los Angeles Airport Police once the plane landed.

Not only this, he has since been permanently banned from flying with the carrier and could see him charged with a federal crime.

The airline’s spokesperson Derek Walls said ”Acts of violence against our team members are not tolerated by American Airlines.”

Highlighting that the incident fit a pattern of similar attacks on airline staffers, the Association of Professional Flight Attendants (APFA) called it  ”dangerous’ and ‘life-threatening.”