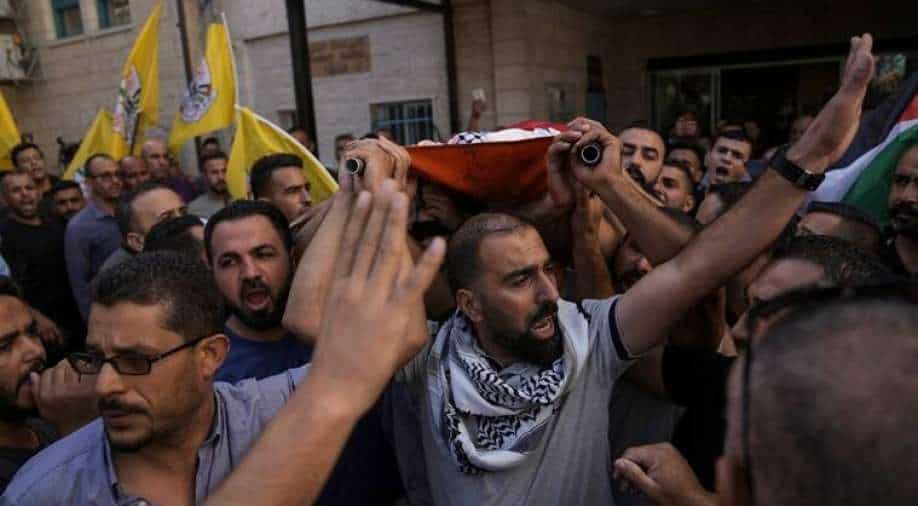 A group of men carrying the body of a young Palestinian kid who was believed to have died from terror of Israeli soldiers in armed combat marched through a West Bank community on Friday in search of the boy’s final resting place.

Rayan Suleiman, who has bright eyes and a rucksack with an animated racing car on it, was reportedly being pursued by Israeli forces on Thursday as he and his brothers were walking home from school.

The army pounded on the door frantically and threatened to arrest the lads when they fled from the house. The youngest of the three brothers, Rayan, passed away just a short while later.

Mohammed Suleiman, Rayan’s cousin, told Al Jazeera that Rayan was pursued by the troops who were shouting at him as soon as he arrived at his home.

“The soldiers shouted at him that he’s [a] stone thrower,” he said. “He ran away from one side, and the soldier met him from the other side [of the house]. Rayan saw the soldier in front of him, and was shocked and dropped dead out of fear,” he said.

Hadeel Salman, a neighbour and witness, said Israeli soldiers were “going in all directions looking for any child they could find”.

“The soldiers even summoned my young brother – they told him he threw stones at them and needed to be arrested,” Salman told Al Jazeera. “He insisted he had nothing to do with it.”

As word of the incident circulated throughout the West Bank, anger against Israel’s military strategies gained an emotional focus.

While the European Union expressed outrage over Rayan’s “tragic death,” the US State Department urged an investigation.

Overnight, images of Rayan’s little, lifeless body in the hospital, covered by a sheet, became a forceful new emblem. His passing occurred the day following the bloodiest Israeli incursion since the military increased its crackdown on several West Bank areas earlier this year.