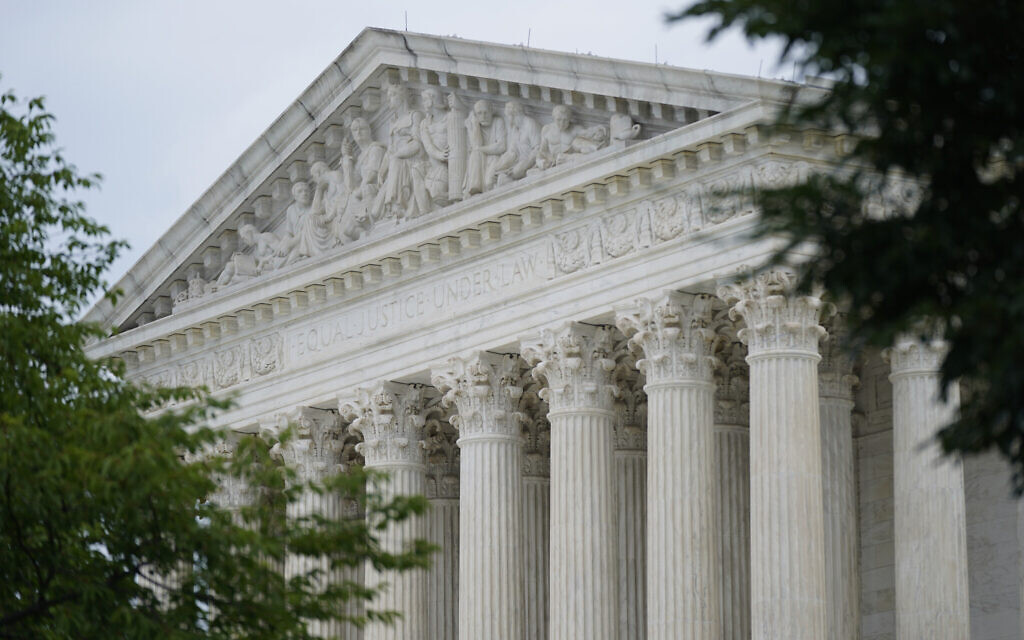 WASHINGTON (JTA) — A number of Orthodox Jewish groups are filing friend-of-the-court briefs on behalf of an evangelical Christian postal worker who is taking his case to get Sundays off to the Supreme Court.

The case, Groff v. DeJoy, seeks to expand the standard the Supreme Court set in a 1977 ruling regarding what constituted “undue hardship” to an employer in providing religious accommodation. Five years earlier, Congress had expanded the 1964 Civil Rights Act to guarantee freedom from discrimination based on religion, as long as employers would not face “undue hardship.” But it did not define the term.

Groff v. DeJoy involves a Pennsylvania mailman who sought accommodations after the US Postal Service in 2013 started Sunday deliveries on behalf of Amazon. At first, Gerald Groff was able to work around Sunday deliveries, but as demand for the service grew, USPS disciplined him for declining Sunday shifts. He quit and sued. (Louis DeJoy is the postmaster general.)

Lower courts have ruled in favor of the post office, which is arguing that not being able to schedule a mail career to work Sunday shifts represents an undue hardship. Groff last month appealed to the Supreme Court, which has yet to say whether it will consider the case. Three conservative justices — Samuel Alito, Clarence Thomas, and Neil Gorsuch — have indicated an interest in revisiting the 1977 decision, but the court requires four of its nine justices to agree to consider a case.

Now, the Orthodox groups are joining a number of conservative religious groups filing amicus briefs this week in support of Groff. They see the case as a chance to overturn Trans World Airlines v. Hardison, the 1977 decision that ruled for the airline over a member of a Christian sect who sought Saturdays off, rejecting as “undue hardships” three possible accommodations posited by a lower court: allowing the employee a four-day work week; paying other employees overtime to fill his shift; or setting aside in certain instances a seniority system negotiated with the union that would have allowed the employee to leapfrog more senior employees in seeking Saturdays off.

Religious groups have since then been seeking opportunities to reconsider TWA v. Hardison, saying that by rejecting those three accommodations the Supreme Court rendered meaningless the 1972 expansion of the Civil Rights Act.

The Orthodox Union joined the Seventh Day Adventist Church in one amicus brief. (The Adventists mark Sabbath on Saturdays). The Jewish Commission on Law and Public Affairs, which represents a number of Orthodox groups, including Agudath Israel of America, spearheaded another amicus brief. (Nathan Lewin, a seasoned Supreme Court lawyer representing the Jewish Commission in the Groff case, also represented the group in the 1977 case.) The Jewish Coalition for Religious Liberty, a politically conservative nondenominational group, joined the Thomas More Society, a Roman Catholic legal advocacy group, in another amicus brief.

The Jewish Commission in its brief said that the 1977 TWA v. Hardison decision “has curtailed careers, closed avenues to success, and damaged the lives of many individuals who are unwilling to compromise their faith.”

The Orthodox Union-Seventh Day Adventist brief notes that minority faiths that do not mark the Sabbath on Sunday are likelier to face discrimination because society tends to accommodate Sunday worship. “Majority religious practices are accommodated by default, while minority religious practices — like observing the Sabbath on Saturday rather than on Sunday — are not,” the brief says. “And that is where Hardison hurts employees the most.”