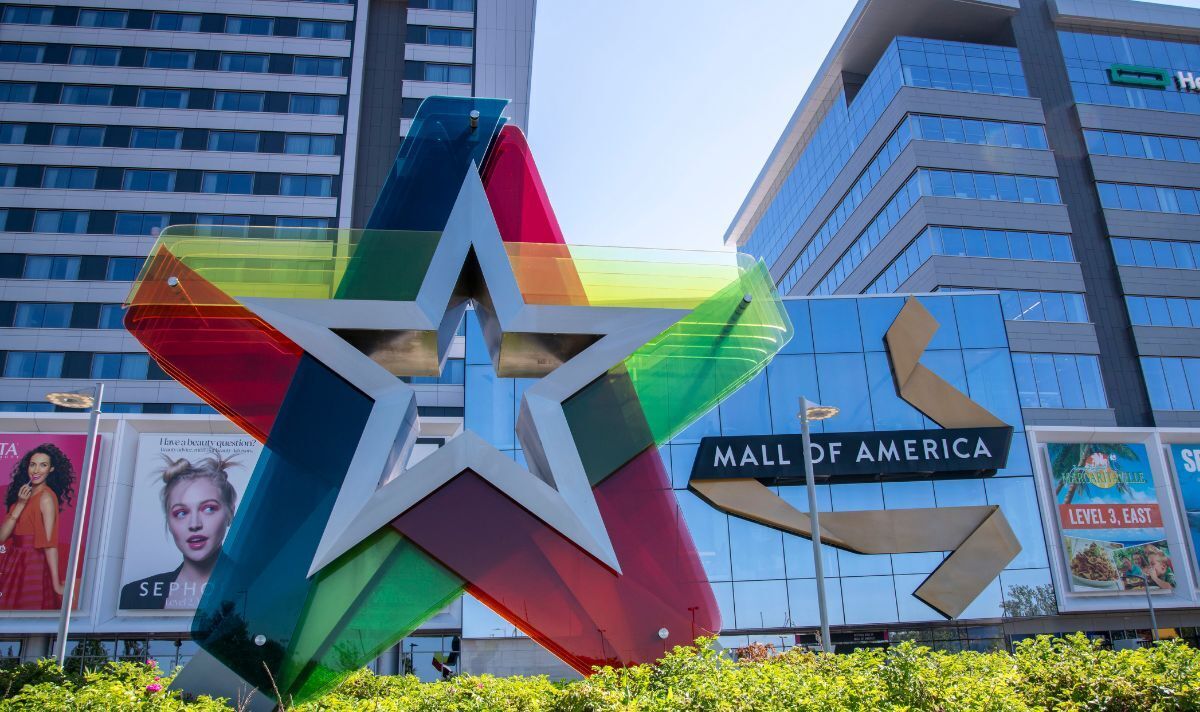 According to reports on Twitter from staff at the mall, the incident is confirmed to be isolated in a tenant space. Those inside the shopping centre have been instructed to stay in a nearby secure area while the mall is in lockdown. Authorities will instruct those stuck inside when the lockdown is lifted and they can leave the secure place.

The mall staff tweeted: “Mall of America is currently under lockdown. There is a confirmed isolated incident in a tenant space.

“Please remain in the closest secure location until the lockdown has been lifted.

Mall of America in Bloomington, Minnesota, is the largest in the US with over 520 retail stores and 50 restaurants.

The mall also boasts an aquarium and an indoor theme park.

Bloomington Police Department have tweeted further information about the incident confirming that a number of police officers are at the scene.

“We are currently working an active incident inside Mall of America on the northwest side.

“Numerous officers are on scene. We will update when we have more information.”

Emerging reports from Bloomberg suggest that a shooting took place at the Mall, but a victim or suspect has not yet been found.

Three gunshots were reportedly fired by a man near the Nike store as people fled the scene and grabbed their children and belongings.

Another video from the Mall showed two police officers, one armed with a rifle, moving through the shopping centre.

A salesman at a shoe store on level one of the complex just below the Nike store was at the back of the shop when he heard the shots.

Trent Turner said: “Then I saw everyone stampeding toward the back.”

A woman tweeted that she and her 17-year-old daughter were shopping for clothes for her high school senior photos when the store manager instructed them to “move as far back as possible”.

She added that she and her daughter were in a dressing room, and another posted a video of dozens of shoppers hiding in a basement while speakers across the mall alerted shoppers to “shelter immediately”.

It has been reported that the suspect fled the scene and Bloomington Police will be holding a press conference at 8:00 PM local time.

READ MORE: Footage of 40-carriage train with Russian troops and ammo ‘blown up’

The police added: “Once the lockdown is lifted at the Mall of America the mall will be closed for the evening.

“We have secured the scene at the Mall of America and can confirm that shots were fired.

“This is an isolated incident. The suspect fled the MOA on foot and officers are in the process of interviewing witnesses.

“At this time we have not located a victim.”

He said: “Tonight’s violence at the Mall of America is unacceptable. These brazen incidents will not be tolerated.

“State resources are on the scene, we have offered our full support, and we will stay in close contact with Bloomington police to apprehend those responsible.”

He added: “We are committed to maintaining an unprecedented state law enforcement presence in the Twin Cities until we put a stop to this rise in crime.”

The shooting occurred around 4:16 pm local time and the lockdown was lifted just under two hours later, according to the mall.

Bloomington Police Chief Booker Hodges said that an altercation broke out between two groups near the cash registers of the Nike store.

According to Hodges, one of the groups left, but later returned where one person then shot three shots into the store.

The two suspects are still at large but no one appears to have been injured in the incident at the mall.

Police searched a nearby hotel where it was thought the suspects had been but they were not found.

Luckily a police officer was near the store at the time of the incident and police responded within 30 seconds.

The Police and the shopping mall have stated that the shopping centre will remain closed for the rest of Thursday evening.