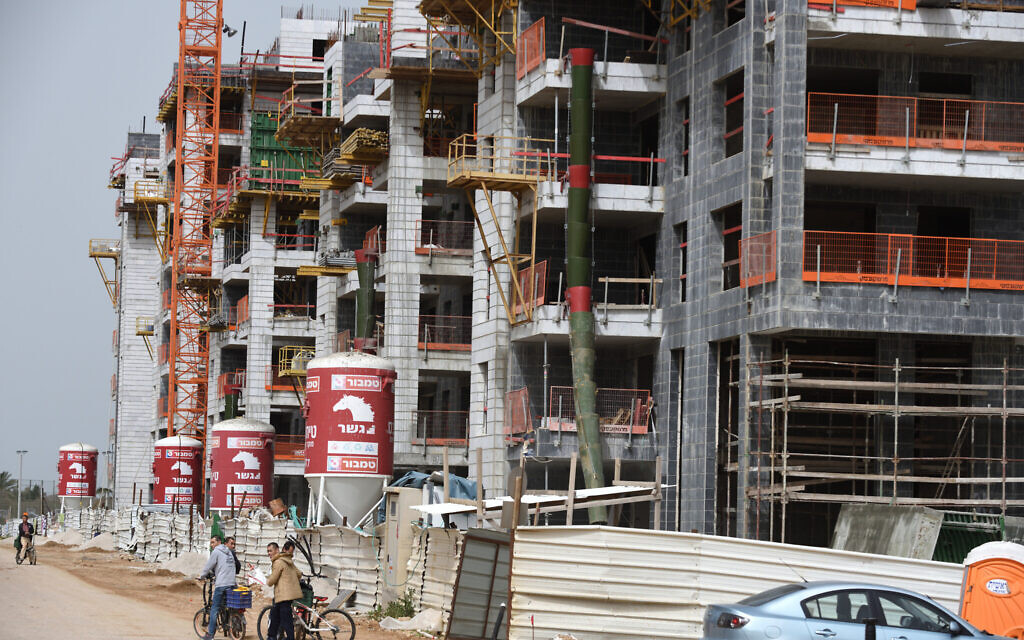 Foreign Minister Yair Lapid promised that despite the fall of the government, addressing the cost of living remained an important goal for the interim administration and would not wait on new elections. Ze’ev Elkin, the minister for Construction and Housing, has also promised that he will continue to push forward with measures that impact on housing prices.

Nevertheless, it is clear that the political turmoil is already interrupting long-term planning for the housing sector. A key meeting Tuesday of the Ministerial Committee on Housing and Transportation was canceled overnight.

Finance Minister Avigdor Liberman and Interior Minister Ayelet Shaked were set to request a formal increase in planned new housing units for the years 2022 to 2025, from 104,000 per year to 125,000, which would mean an accelerated delivery of 2.4 million new homes by 2040. They also intended to shift the balance of planned construction in the center of the country, to build even more densely in Tel Aviv and to focus less on other parts of the region.

But at present, planning approvals are running far below the existing targets.  Figures released by the Central Bureau of Statistics show only 79,060 building permits issued from April 2021 to March 2022, with construction starts on 68,970 homes in Israel between April 2021 and March 2022. This marks an increase of 5,696 on the previous year.  It is the highest figure since 1995, but still below government targets of a minimum of 70,000.

Almost half the homes with permits issued — 48.4% — were in Tel Aviv and the central districts, with a quarter of construction starts located there. The highest concentration of new building is taking place in seven cities: Tel Aviv-Yafo, Ashkelon, Jerusalem, Bat Yam, Rishon Lezion, Beit Shemesh and Netanya.

The numbers also reveal the risks of the current housing program failing to deliver to those who need it most. Around 16.9% of construction starts, 11,650 homes, were part of government subsidized programs, and just 2,280 apartments (about 3.3% of the total) are being built as part of dedicated rental programs.

The Society for the Protection of Nature (SPNI) has attacked government plans to expand the housing approval pipeline.  In a submission to the Knesset committee shared with The Times of Israel, the organization criticized the planning implementation process.

SPNI alleges that the government consistently fails to look at the barriers to successful development, including effective infrastructure to support new developments, support for open spaces as part of those developments, and encouragement for urban renewal which it believes should grow from around 25% of all development to 50% by 2026. SPNI accuses the government of working with an outdated approach to planning and “undermining the attractiveness of urban renewal,” and wants a change of approach to decrease the gap between planning and building.

There is no new date for the committee to meet, and without the opportunity to get its approval there will be no change in existing housing goals. But with tents already on the streets and a major protest planned for the beginning of July, housing remains one of the key issues for the general public.