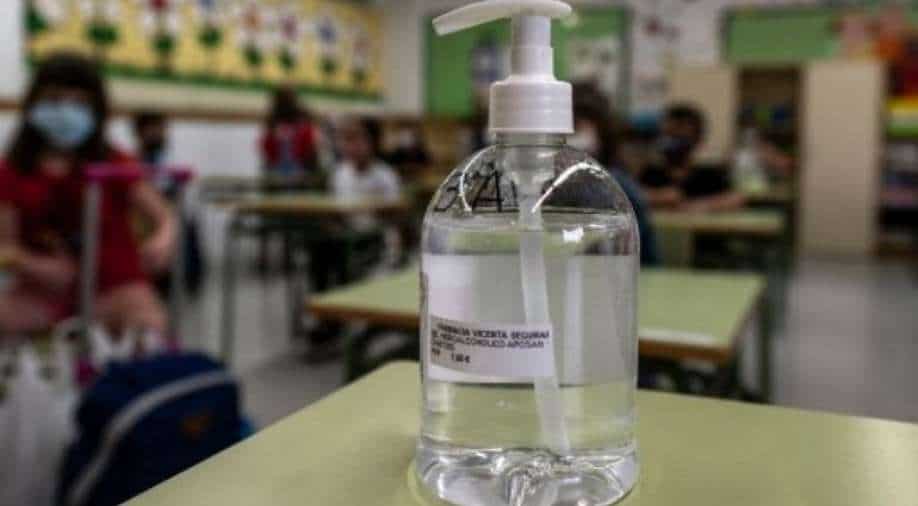 Japanese authorities have pledged to investigate a mix-up that saw high school athletes given hand sanitiser to drink during a race, with one student falling ill after taking a swig.

Competition organisers for a girls’ 5,000-metre walking race held last weekend in central Japan’s Yamanashi prefecture mistakenly poured the sanitiser into cups and placed them at a drinks station for athletes.

Also read | Elon Musk says Japan would ‘eventually cease to exist’. Here’s what he meant by it

Yamanashi’s high school sport federation said the sanitiser had been stored in an unlabelled plastic bottle alongside those containing drinking water in a cardboard box.

Alcohol-based hand sanitiser is commonly used to protect against Covid-19 and has become ubiquitous in Japan and other countries since the pandemic began.

One athlete collapsed, vomited and dropped out of the race after drinking the sanitiser, while two others spat it out and continued.

In all, three athletes were taken to hospital for treatment and were reported to be recovering.

Yamanashi governor Kotaro Nagasaki said Monday that there would be a third-party investigation.

“On behalf of the prefecture, I would like to offer a sincere apology to the athlete and her family,” he said.