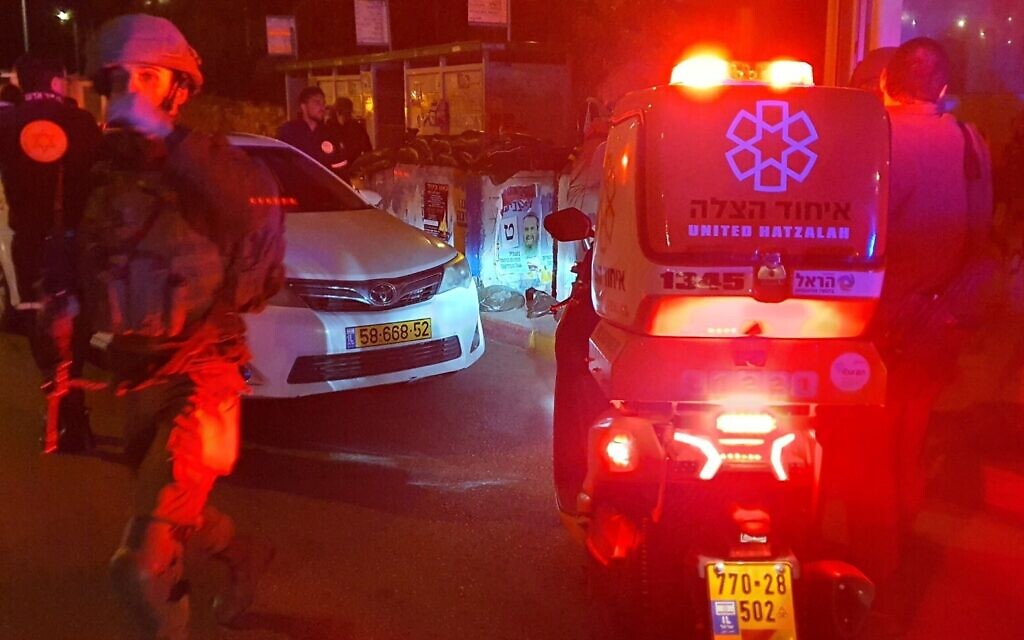 An Israeli man was shot and seriously wounded on Thursday night in the West Bank by another Israeli man, apparently following an argument between the two, police said.

The incident took place close to a gas station outside the illegal West Bank outpost of Migron, near the settlement of Kochav Yaakov, north of Jerusalem.

Initial reports made to medical services said the shooter mistook the wounded man for a Palestinian terrorist. It was not immediately clear if the shooter himself made the claim or another person.

Police, however, said there had been an argument between the pair prior to the shooting.

“A preliminary investigation revealed that an argument developed between two Israeli citizens who were standing at a bus stop near the Kochav Yaakov junction, during which one of the citizens fired several bullets,” police said.

The Rescuers Without Border emergency service said the wounded man was taken by army medics to Jerusalem’s Shaare Zedek hospital in serious condition.

The hospital said he was unconscious and sedated, and was undergoing medical tests.

The incident came amid heightened tensions in the West Bank, and after a twin bombing attack in Jerusalem on Wednesday killed an Israeli teenager and wounded more than 20 others.

Separately on Thursday evening, Israeli troops shot and wounded a Palestinian man who was allegedly hurling stones at Israeli cars close to the West Bank town of Ni’lin, the military said. The suspect was then arrested.

According to the Israel Defense Forces, the suspect was “endangering motorists” on Route 446 near the settlement of Modiin Illit.

The man was shot in the leg and shoulder and treated by army medics at the scene before being taken to a hospital in Israel.

The IDF said he would later be questioned by the Shin Bet security agency.