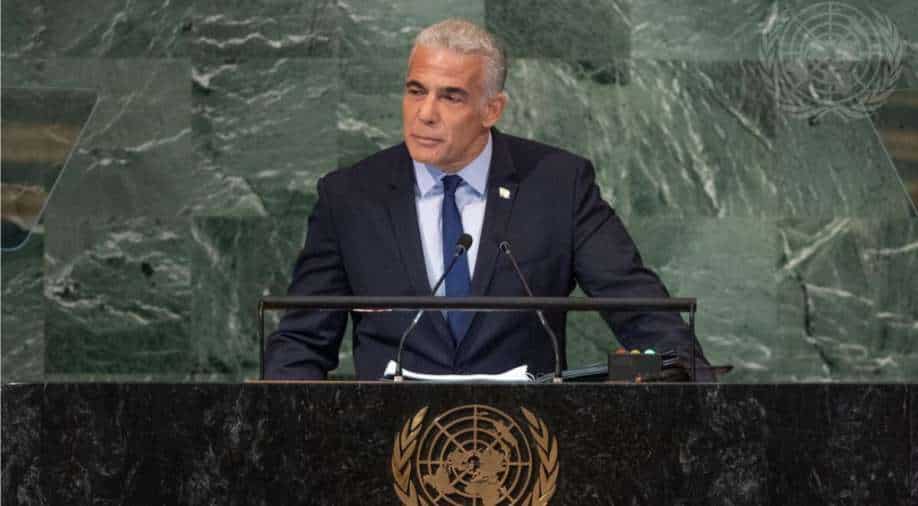 During his speech, Lapid sought to highlight that Israeli Arabs were not ‘enemies’. He underlined that his coalition government has an Arab party, and that there are Arab judges in Israel’s supreme court. There were Arab doctors in Israel saving lives, he said.

“An agreement with the Palestinians, based on two states for two peoples, is the right thing for Israel’s security, for Israel’s economy and for the future of our children,” Lapid said, adding that any agreement would be conditional on a peaceful Palestinian state that would not threaten Israel.

In his speech, Lapid alleged that ‘anti-Israel movement’ was spreading fake news against Israel.

PM Lapid especially slammed Iran which he said was conducting ‘orchestra of hate’ against Israel. Though he did not explicitly repeat Israel’s known position against revival of nuclear deal with Iran, he made clear his opposition for Iran acquiring nuclear weapons.

“If Iran gets nuclear weapons, it will use it,” said Lapid.

Nuclear deal with Iran was struck by the US and other world powers in 2015. But former US president Donald Trump unilaterally pulled US out of the deal in 2018. Negotiations are now on to restore the deal. Israel is fiercely against revival of the deal.