Skip to content
HomeWorldIsrael: ‘Message made clear’ in rebuke of Russian envoy for Lavrov’s Hitler remarks

Russian Ambassador Anatoly Viktorov was rebuked Monday in the Foreign Ministry in Jerusalem over Russian Foreign Minister Sergey Lavrov’s comments saying Nazi leader Adolf Hitler “had Jewish blood” and that Jews are among the worst antisemites.

“Our message was made clear by the [Foreign Ministry’s] Eurasia director, Gary Koren,” an Israeli official said. “The two sides decided not to give any more details on the contents of the conversation.”

Foreign Minister Yair Lapid had said earlier that Viktorov would be summoned for “a not-so-easy talk.” According to the Foreign Ministry, Viktorov was called in for a “clarification conversation.”

Asked in an interview with an Italian news channel about Russian claims that it invaded Ukraine to “denazify” the country, Sergey Lavrov said that Ukraine could still have Nazi elements even if some figures, including the country’s president, were Jewish.

“So when they say, ‘How can Nazification exist if we’re Jewish,’ in my opinion, Hitler also had Jewish origins, so it doesn’t mean absolutely anything. For some time we have heard from the Jewish people that the biggest antisemites were Jewish,” he said, speaking to the station in Russian, dubbed over by an Italian translation.

Persistent conspiracy theories that Hitler had some Jewish ancestry that may have motivated his antisemitism and the murder of six million Jews have been repeatedly debunked by historians. 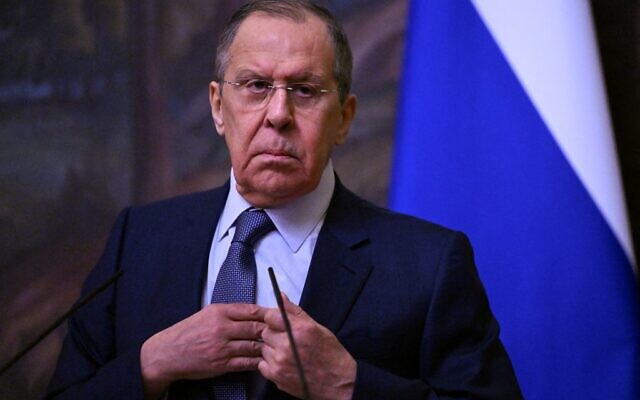 While at the public level, the Foreign Ministry has sufficed with characterizing the meeting as a “clarification conversation,” rather than a “rebuke,” Jerusalem is not “ruling out the possibility of a further deterioration of ties in the wake of the incident,” according to officials quoted by Channel 12 news.

“The Russians hid the extent of their aggression from everybody, but these words [from Lavrov] are unforgivable,” the network quoted a senior Israeli official as saying, adding that Jerusalem now appears inclined to further align its stance on the Ukraine invasion with the West.

Israel has avoided aligning too closely with either side since Russian troops invaded Ukraine on February 24. It is one of the few countries that maintains relatively warm relations with both Ukraine, a fellow Western democracy, and Russia.

However, the rhetoric coming from Jerusalem shifted in the wake of the reports of widespread civilian killings by the Russians, with Lapid explicitly accusing Russia of war crimes last month. Moscow has also recently publicly criticized Jerusalem, over its decision to supply defensive gear to Kyiv and a suggestion by Israel’s ambassador to Ukraine that streets be renamed in the Ukrainian capital for those who saved Jews during the Holocaust.

Lavrov’s comments were met by fierce condemnation and demands for apology by Israeli officials on Monday. 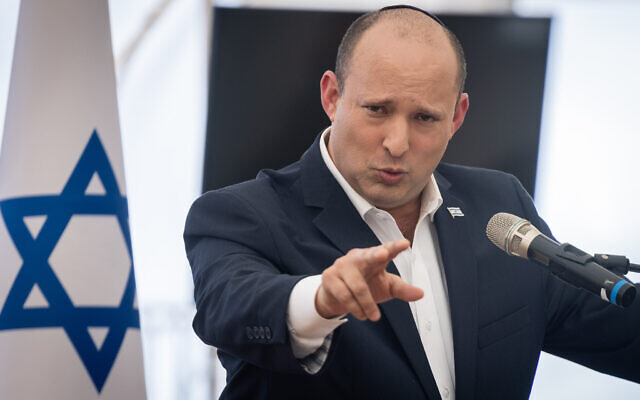 “The aim of such lies is to blame the Jews themselves for the most terrible crimes in history that were committed against them, thus freeing from responsibility the oppressors of Israel,” Prime Minister Naftali Bennett said in a statement from his office.

“This is an unforgivable and scandalous comment, a terrible historical error and we expect an apology,” Lapid said. “Hitler was not of Jewish origin and the Jews did not murder themselves in the Holocaust. The lowest form of racism against Jews is blaming the Jews themselves for antisemitism.”

Added Lapid: “We are making every effort to maintain good relations with Russia, but there is a line, and this time the line has been crossed. The Russian government must apologize to us and to the Jewish people.”

Russia’s embassy in Israel declined to comment on Lavrov’s statements or on the summons to the Foreign Ministry.

Condemnations also came from leaders and organizations across the world.

Russia’s Foreign Minister Sergey Lavrov said: “So when they say ‘How can Nazification exist if we’re Jewish?’ In my opinion, Hitler also had Jewish origins, so it doesn’t mean absolutely anything.”https://t.co/YspkavRTao

On Russia’s continuing Holocaust distortion, a ????????

— US Special Envoy to Monitor & Combat Antisemitism (@USEAntisemitism) May 2, 2022

The office of the US Special Envoy to Monitor and Combat Antisemitism tore into Lavrov, saying in a lengthy Twitter thread that “the Kremlin’s claim that Ukraine is a hotbed of Nazism is a blatant lie and yet another of the false pretexts for Putin’s war of choice. This isn’t the first time they’ve cynically accused its neighbors of neo-Nazism and fascism as cover for its own provocations & human rights abuses.

“Not only are the Kremlin’s accusations against Ukraine false, its disinformation detracts from real and critically-important worldwide efforts to combat antisemitism, Holocaust distortion and denial and other dangerous forms of racially- or ethnically-motivated violent extremism.

“To invoke the lie of ‘denazification’ in Ukraine, a country with a Jewish president and a significant Jewish population living in peace among their fellow citizens, is baseless and cruelly deranged.” 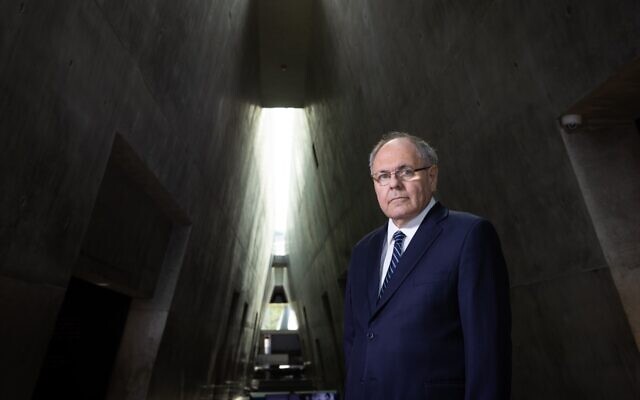 The head of Israel’s Yad Vashem Holocaust museum, Dani Dayan, accused Lavrov of a “blood libel” for his comments.

“If Russian Foreign Minister Lavrov asks to visit Yad Vashem to learn, we will welcome him. He crossed a red line; blaming the Jews for the Holocaust is an unacceptable blood libel,” Dayan told Army Radio. 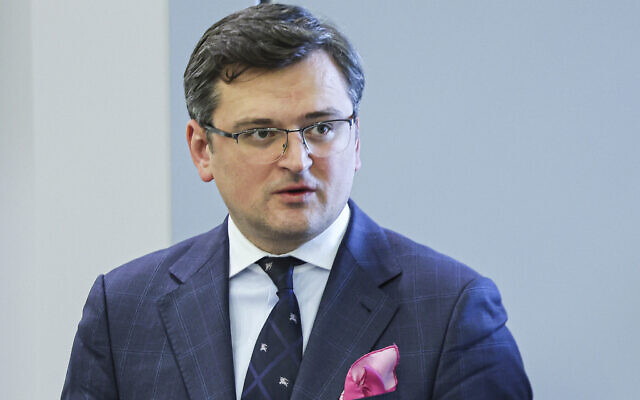 Ukraine Foreign Minister Dmytro Kuleba also lashed out at his Russian counterpart, saying in a video statement sent to the Kan public broadcaster that “this is the perverted logic of the Russian elite.”

“Let’s admit the fact that Russians hate other nations. They believe in the supremacy of their own nation over others, and this is why this regime must be stopped in its aggressive plans and actions,” he added.