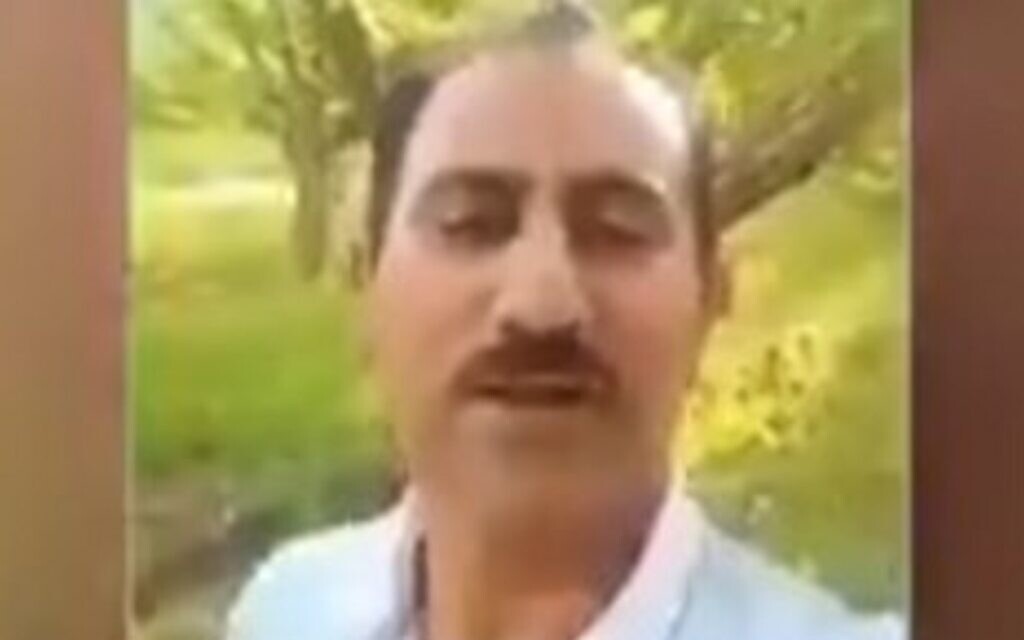 An Iranian man has denied reports he was involved in an attempt to assassinate an Israeli diplomat in Turkey and two other individuals, saying he was tortured and forced into a false confession.

On Saturday new video footage emerged purportedly showing Rasouli confessing during an interrogation at his home in Iran that he was sent to target the Israeli diplomat working at the consulate in Istanbul, as well as an American general stationed in Germany and a journalist in France.

Channel 13 news said the video had come from Mossad itself, though it did not cite a source for this claim.

Meanwhile, a video aired by the London-based Iran International, an Iranian opposition news outlet, showed Rasouli denying the confession was true, asserting that it had been coerced from him by kidnappers.

“Criminals abducted me…they put a bag over my head and took me to an unknown location,” he said in the video.

“They told me they’d kill me and my family and tortured me severely. They told me I had to say everything they told me — that I was an emissary of the Revolutionary Guards and that I was sent to kill people in Europe and Turkey.

@IranIntl_En has obtained a video of the IRGC Quds Force agent whose audio had been published by Israel’s Channel 13.
At 01:45 (in the video) he admits he’d been commissioned to kill an Israeli diplomat in Istanbul, a senior US general in Germany & a journalist in France. pic.twitter.com/4TJVWEsnZ6

Last week an audio recording said to be of Rasouli, 52, was broadcast by Israeli television networks, along with his picture. “We will assassinate these three for the Islamic Republic. They insisted this would be carried out,” a man’s voice was heard saying in the recording.

The TV reports provided no source for the audio recording.

Channel 12 news added, without citing a source, that the Shin Bet security agency — which generally operates only within Israel and the Palestinian territories — also participated in the detention in Iran.

Rasouli was released after the interrogation, the reports said. “I made a mistake, from here on out I won’t take any move regarding this, I swear,” he was said to add.

In February, it was reported that Mossad helped foil 12 plots to carry out terror attacks on Israelis in Turkey over the past two years, most of the plots linked to the Islamic State jihadist group.

The planned hit was to be a retaliation for the killing of Iranian nuclear chief Mohsen Fakhrizadeh in 2020, widely attributed to the Mossad, the reports said, as well as a means to hinder warming relations between Ankara and Jerusalem.