A draft proposal from the final stages of negotiations to revive the 2015 Iran nuclear deal envisions the Iranians halting all uranium enrichment, but holding on to the material they already have, and a final US return to the pact less than six months after it is signed, Haaretz reported on Sunday.

The newspaper published what it said was a draft of the proposal submitted by the European Union to the Iranians last month as a final offer. Iran responded with its own comments and the US later provided its own input after reviewing the Iranian response. The EU has coordinated talks in Vienna on reviving the nuclear deal, known formally as the Joint Comprehensive Plan of Action, which has unraveled since the US pulled out in 2018.

According to the unsourced report, the EU draft proposed last month included four incremental steps in the halting of Iran’s nuclear activity and in the lifting of Western sanctions on the Islamic Republic, with the fourth and final step taking effect 165 days after the deal is signed.

The purpose of the gradual steps is to consolidate trust between the parties, according to the report.

Before any deal is signed, the sides will reportedly finalize a deal that will see Western prisoners freed by Tehran in exchange for Iranian assets being unfrozen by Western nations and initial sanctions relief.

The first step, taking effect on the day of the signing, would see Iran freeze its uranium enrichment, although it will be allowed to hold on to the enriched uranium it will have stockpiled before that date. 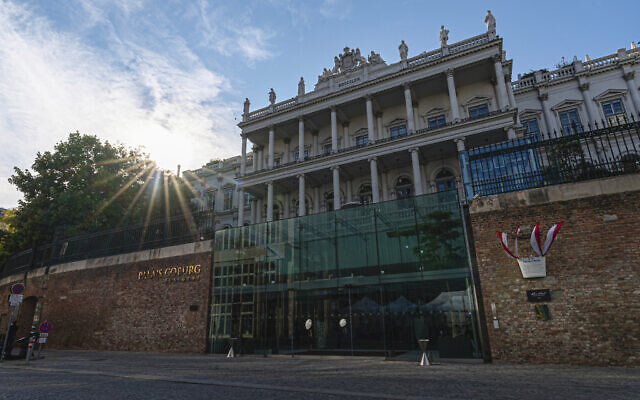 The report said the second step would take 30 days and will see the administration of US President Joe Biden bring the deal to Congress for approval. The third step, 60 days after congressional approval, would see Washington notify the UN Security Council and the International Atomic Energy Agency (IAEA) about its decision to rejoin the pact.

The fourth and final step — after an additional 60 days — would see the US formally return to the deal, with the sides removing more sanctions and halting their violations of the JCPOA, according to the report.

An official with knowledge of the negotiations told Reuters last week that under the emerging deal, Iran would not be allowed to possess uranium at 20% and 60% enrichment levels and it would be forced to switch off its advanced centrifuges, preventing it from amassing the material required to build a bomb.

A day before it gave its remarks to the EU, Washington said that Iran had agreed to ease key demands that had held up an agreement.

According to an anonymous US official, Iran’s draft does not include Tehran’s long-held demand that the US lift the terrorism designation of Iran’s Islamic Revolutionary Guard Corps and that the International Atomic Energy Agency close its investigation into unexplained traces of uranium at three undeclared sites.

Israel has piled pressure on Western countries to halt talks on reviving the agreement, warning against the consequences of returning to the accord. Mossad chief David Barnea will travel to Washington next week as part of the efforts to shape the deal.

A senior Israeli official told reporters Sunday that Israel wants “a minimum amount” of funds to be released to Iran through lifted sanctions, but did not specify if there’s a figure Israel could accept. Lapid last week claimed that the deal would enable $100 billion a year to flow into Iran’s coffers, money that he said could be directed to its terror financing.

The push toward finally signing a deal in Vienna also ignited a harsh exchange on Sunday between Prime Minister Yair Lapid and opposition leader Benjamin Netanyahu. 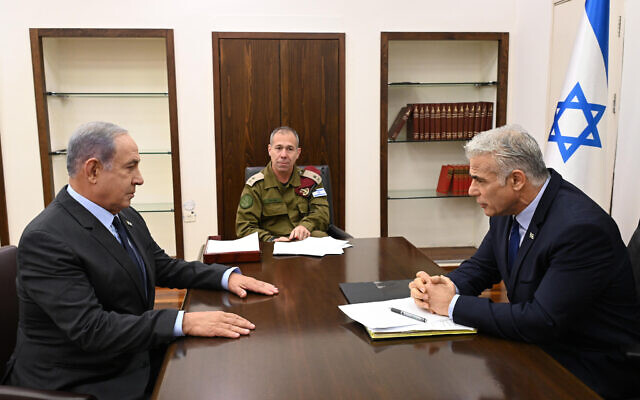 Under Netanyahu, Israel fought the original 2015 agreement in the court of public opinion and in a particularly contentious direct address by Netanyahu to the US Congress, coordinated without White House involvement.

Lapid told reporters on Sunday that “we must not get to the situation we were in 2015. To this day, we are paying for the damage caused by Netanyahu’s speech in Congress, following which the US administration ended its dialogue with us and did not allow Israel to make amendments to the agreement.”

Netanyahu hit back in a statement proclaiming that “in the past year, Lapid and [Defense Minister Benny] Gantz completely abandoned the public struggle against the Iran nuclear deal.”

“For 12 years, we fought this deal with determination and even caused the US to withdraw from it. But in their only year in power, Lapid and Gantz let their guard down and enabled the US and Iran to reach a nuclear deal that endangers our future,” Netanyahu said.

He accused Lapid of failing to publicly challenge these efforts in Congress, in the UN or in foreign media, and of only “waking up” too late, after major progress was made in the talks.

In response, Lapid stated that “the damage [Netanyahu] caused during his tenure to the two issues most important to Israel — the struggle against Iran’s nuclear program and the relations with the United States — is severe and deep and we are still fixing it.”

Lapid said he has summoned Netanyahu for a security briefing on Monday, “so that he will at least have some idea what he’s talking about.” The pair are slated to meet in the afternoon at the Prime Minister’s Office.

For most of his tenure as opposition chief, Netanyahu has refused to personally take part in the periodical briefings. 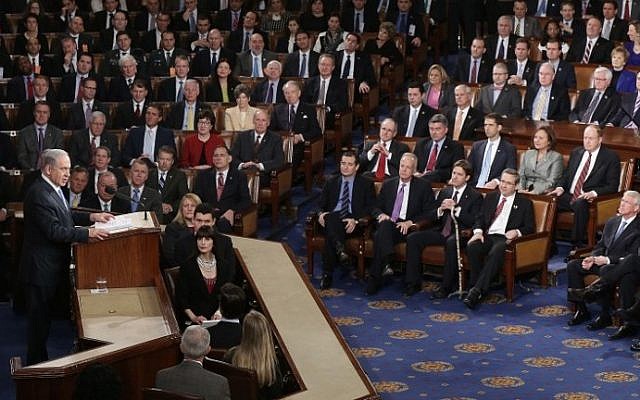 Then-prime minister Benjamin Netanyahu speaks about Iran during a joint meeting of the United States Congress in the House chamber at the US Capitol on March 3, 2015 in Washington, DC. (Win McNamee/Getty Images/AFP)

The National Unity party, an alliance of parties opposed to Netanyahu led by Gantz, also weighed in, tweeting that “history will judge Netanyahu who pushed for a [US] exit from the deal without creating an alternative.”

The party noted that Gantz met last week for the sixth time in the past year with the US national security adviser in order to deal with “Netanyahu’s legacy.”

Lapid and former prime minister Naftali Bennett — who is currently abroad on vacation – moved the debate into private channels, attempting to avoid the relationship fallout that occurred between Israel and the Obama administration.

The 2015 agreement between Iran and six world powers — Britain, China, France, Germany, Russia, and the US — gave the Islamic Republic sanctions relief in exchange for curbs on its nuclear program.

The JCPOA was designed to prevent Iran from developing a nuclear weapon — something the country has denied it is pursuing.

After the US withdrew and imposed sanctions on Iran the latter dropped many of its own commitments, ramping up its program and enriching uranium to levels and stockpiles that exceed the JCPOA limits and raising concerns that it is approaching the threshold of producing a nuclear weapon.