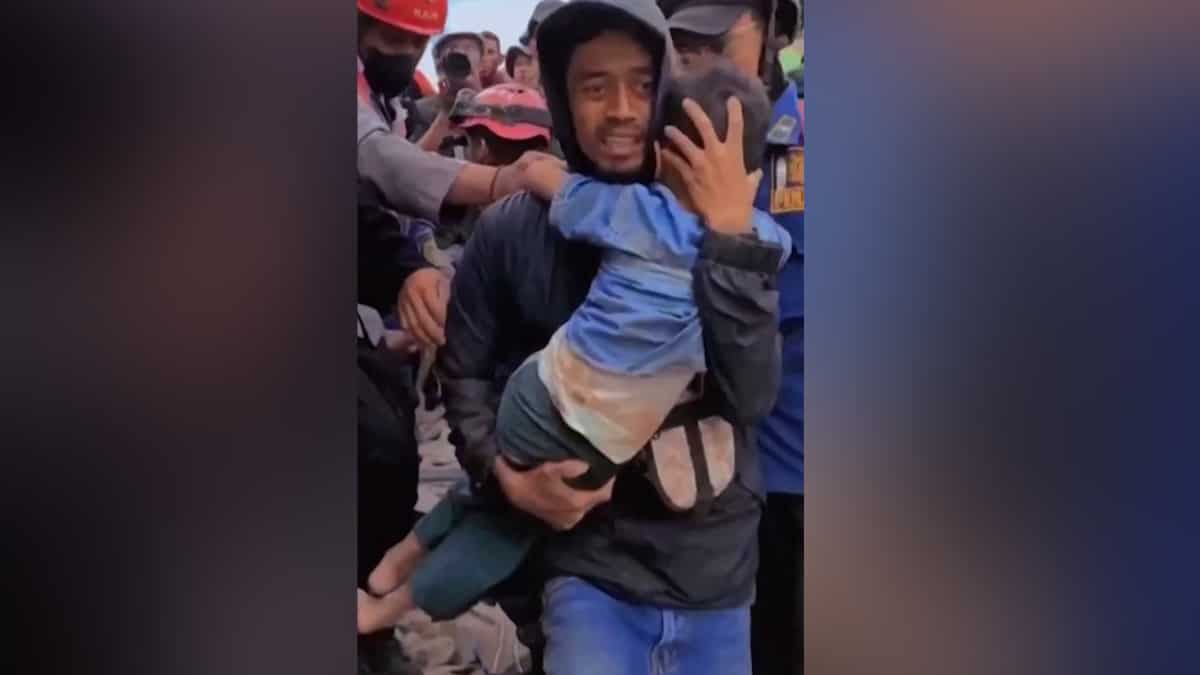 After being buried under the debris of a damaged house for more than two days, a six-year-old boy in Indonesia was miraculously pulled alive amidst hopes and prayers, after a powerful earthquake struck the western Java province.

Azka Maulana Malik was found buried alive alongside the dead bodies of his mother and grandmother after a 5.6 magnitude quake destroyed his house in Nagrak Village, Cianjur.

Apparently, Azka survived because he was protected by a mattress. A video shared by Indonesia’s National Agency for Disaster Management (BNPB) showed the boy appearing to be conscious and calm as he was being taken out of the rubble by rescue officers.

“Once we realised Azka was alive, everybody broke into tears, including me,” 28-year-old local volunteer Jeksen told AFP on Thursday. “It was very moving, it felt like a miracle.”

Azka is currently being treated at a makeshift hospital, even though his wounds are said to be minimal.

“The doctor said he’s only weak because he’s hungry. He wants to go home now. He’s been asking for his mother,” he said while adding that his mother couldn’t survive.

Cianjur town, which houses more than 175,000 people, is located in a mountainous area of West Java, Indonesia’s most densely-populated province.

The death toll now stands at 271, but the casualties are expected to rise further because of incessant rain and some remote areas have yet to be reached by the rescue officers.

More than 40 people are reportedly missing and over 2,000 are injured, while more than 60,000 are displaced.

According to experts, Monday’s quake in Cianjur was due to a shift in the Cimandiri fault, one of the large faults in West Java with considerable potential for causing damage.