You don’t need to be a horror fan to like “Blood Relatives,” a new vampire film by first-time writer and director Noah Segan. There are fangs, neck bites, and some ensanguined scenes, but they take a back seat to comedy and a father-daughter road trip with a touching takeaway on the importance of family.

Francis’s comfortable routine (which includes occasionally killing people — but only bad guys — for sustenance) is disrupted when a teenage girl named Jane (an excellent Victoria Moroles) suddenly shows up claiming to be his daughter. The product of a one-night stand, she is a half-vampire — and has the fangs and a taste for blood to prove it. Jane’s mother has recently died and she has no other relatives to care for her.

Once he can’t deny paternity, Francis slowly comes to terms with the fact that he has to step up and be a mensch — Yiddish for “a person” — which is not so easy for a vampire.

“I recently became a father and I was trying to talk about that,” Segan told The Times of Israel in a conversation from his home in Los Angeles.

For his writing and directorial debut, the longtime actor said he wanted to include his Jewish identity. The project is also an homage to his love of monster and road trip movies.

“I threw in the whole kitchen sink… There are no rules when you are writing. No one is sitting there saying this is believable and this works. The sky is the limit, and then I was just lucky that I was able to translate a lot of that into something we were able to make,” Segan said.

Segan’s “kitchen sink” approach included making Francis a Holocaust survivor. The character’s love of German opera and a crude letter and number tattoo on the inside of his forearm are initial clues. Then a conversation between Francis and Jane after she discovers a box of mementos in the car’s trunk provides further explanation. Francis doesn’t offer much detail, but it’s possible to piece together that before the war he was a surgeon in his mid-30s, and that he lost his entire family in the Holocaust.

Most salient to the heart of the film, we learn that parenting is not new to Francis. It is revealed later on that although many decades have since passed, he was once a father. What Jane asks of him is not completely unfamiliar.

But just how exactly does a Holocaust survivor turn into a vampire — or more precisely in Francis’s case, a vampire turn into a survivor? It’s the Nazis’ doing.

“A person will do anything to stay alive, to keep themselves alive. The irony is after they [the Nazis] turned me, they kept trying to kill me. Days in the showers and elsewhere,” Francis tells Jane. 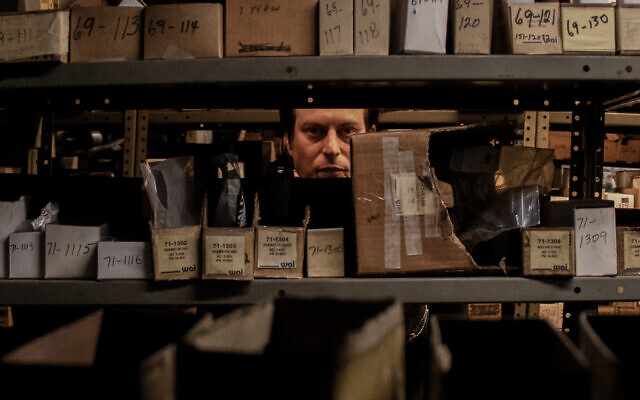 “I was so scared when they came to save us. Back then you looked like you had been through some shit and they’d let you roam around searching for your kin. But there wasn’t anything, there wasn’t anybody. So when the last shipment of coffins destined for the States was being loaded up, I decided to start over,” he says.

New York-born-and-bred Sagan said he remembered meeting Israeli cousins who were Holocaust survivors when he was a young boy. However, the idea to make Francis a survivor had as much to do with the Nazis’ belief in and use of occultism as it did with Segan’s Jewish background.

Scholar Eric Kurlander explained the relationship between Nazism and occultism in a 2017 interview with Vice about his book “Hitler’s Monsters: A Supernatural History of the Third Reich.”

“…Vampires represented the ‘degenerate’ Slavic or Jewish races who flooded in from the East to suck Germany dry of resources and contaminate Aryan blood. For the Nazis, however, there were good monsters like the werewolves — folkloric monsters of blood and soil who protected the nation at times of stress — and there were bad monsters, like vampires, who were never merely metaphorical,” he said.

As a film aficionado, Segan was well aware of how this occultism has been portrayed, and he explained his reasons for including the subject in his film. 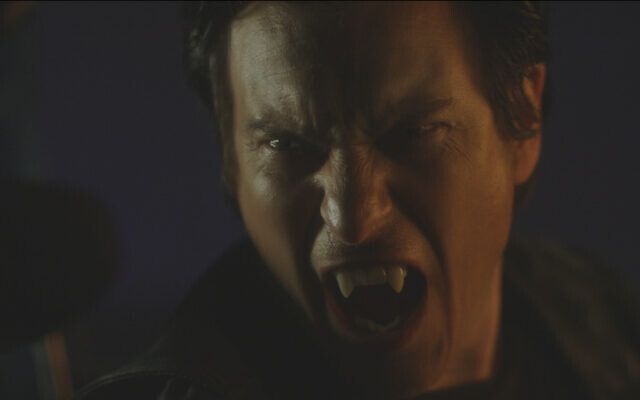 “There is a long history of Nazi occultism and atrocities related to this. A big successful riff on this was ‘Hellboy‘, which was a comic book and then a film made by Guillermo del Toro. And of course ‘Raiders of the Lost Ark’ also deals with this,” Segan said.

“I have always found it fascinating because as a person who loves horror films… they tend to be cathartic and very helpful. I think that’s why a lot of us like them. They give a rhyme or reason to something that can be very scary and kind of gives us a bit of control and framework. And of course to couch that in actual history and actual horrors, actual things that were done to people in the name of occultism or monsters or magic… I have always been fascinated by that. So that is sort of where that came from,” he said.

The notion of Jews as vampires predates the Nazis and is related to the millennia-old antisemitic blood libel trope. The Times of Israel asked Segan if he had any reservations about making a film about a Jewish vampire at a time of a significant increase in antisemitic expressions and crimes in America.

“There have been centuries of Jewish comedians who have been taken too seriously. It is such a huge part of the Jewish identity to be able to laugh and cry at the same time and acknowledge that dark humor, gallows humor, and black humor is a way that we can hopefully reconcile our history and our culture and the tragedies that come along with it,” Segan said. 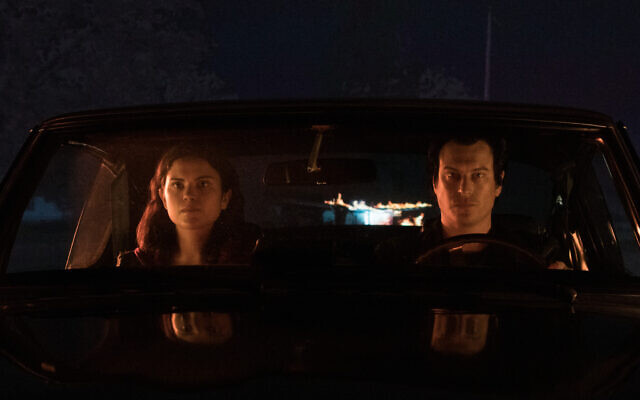 “We are in a very vocal time of antisemitism. Millennials and Zoomers are facing antisemitism in a way that we never have before. The only way to approach it to my mind is to say this is horrible, this is funny, I am going to fight it, I am going to laugh at it, I am going to regain and maintain all of the control so I can battle against it. And I hope that the movie can do that to a degree,” he said.

According to the filmmaker, there is a lesson to be learned from the way that Francis and Jane ultimately bond through their common sense of otherness. Segan credits his co-star.

“Victoria was so amazing in making this connection between father and daughter be about feeling like you don’t belong, and the only way you are going to belong is if you connect as a family,” Segan said.

But there’s more here than just a story about a father and daughter. Circling back to antisemitism, Segan said that finding connections with others will be the way to deal with the current situation.

“In our movie, we make it about monsters, which is very silly and funny, but right now the number one way people can lick this round of antisemitism and hate is going to be through a unity of people who recognize each other. There are no mutual exclusivities. This is a way we will be able to face antisemitism and racism and sexism and every kind of prejudice,” he said.