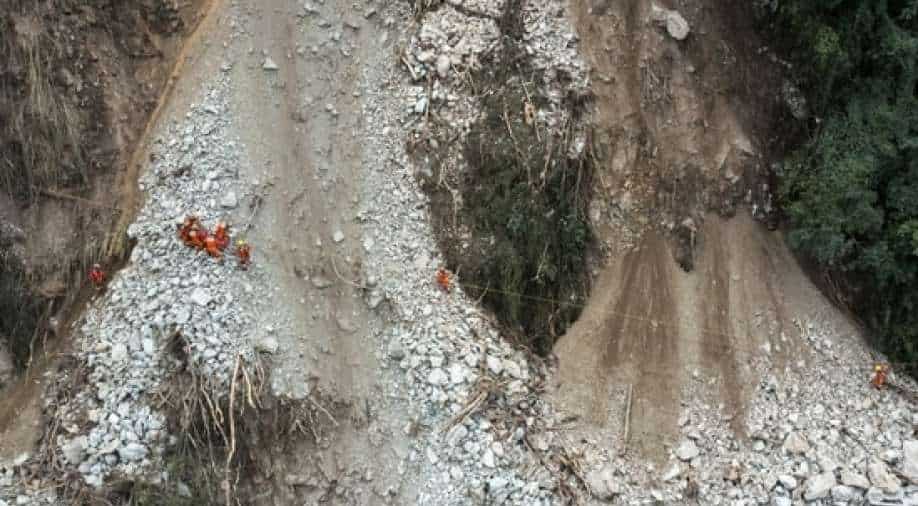 Following a severe earthquake, a Chinese worker cared for his injured coworkers before being lost in the mountains was found and rescued 17 days later.

The 6.6-magnitude earthquake that devastated the southwest Sichuan province earlier this month resulted in at least 93 fatalities and the need to relocate thousands of people into makeshift camps.

State-run China National Radio (CNR) described the rescue of Gan Yu, a worker at Sichuan’s Wandong hydropower facility, as a “miracle of life.” Gan Yu was discovered alive but injured on Wednesday by a nearby villager.

On September 5, when the earthquake struck, Gan was on duty alongside his coworker Luo Yong. The two stayed behind to provide first aid to hurt coworkers and prevent floods by releasing water from the dam.

They made an effort to depart the isolated power plant by travelling for around 20 kilometres (12 miles). However, Gan, who has severe short-sightedness, lost his spectacles in the earthquake and found it difficult to get across the steep terrain, according to CNR.

Before the two men parted ways, Luo assisted Gan in making a bed out of moss and bamboo leaves and gave him some wild fruit and bamboo shoots to eat.

Rescuers located Luo on September 8 after he used fire to draw a helicopter’s notice, but he had vanished by the time Gan’s makeshift shelter was found on September 11.

Rescuers were concerned that Gan had passed away from hypothermia after finding just abandoned garments and footprints. Local farmer Ni Taigao learned about the search for Gan earlier this week when he returned to his town at the base of the mountain where the power station is situated.

On Wednesday morning, the villager utilised his knowledge of the area and joined the hunt. He had just been hiking for two hours when he heard Gan’s weak moans and quickly located him laying beneath some trees.

Gan was evacuated on Wednesday to a neighbouring hospital, where doctors discovered he had sustained many bone fractures, according to official broadcaster CCTV. It took the other rescuers several additional hours to reach Gan. CCTV footage showed a gaunt, shaken-appearing Gan confirming his name and cautiously consuming a snack provided by rescuers.