The Israeli military on Wednesday accused the Lebanese Hezbollah terrorist group of conducting clandestine activities along the border with Israel under the guise of an environmental group known as “Green Without Borders.”

The Israel Defense Forces has made similar claims in recent years, identifying several observation posts owned by the non-governmental organization, which the army said were actually being used to carry out intelligence and reconnaissance work for the Iran-backed terror group.

“Unveiled: A new frontier reconnaissance site for Hezbollah terrorists to collect intelligence on the Lebanese border under the guise of the Green Without Borders association,” Avichay Adraee, the IDF’s Arabic-language spokesman, said on Twitter.

In a series of tweets, Adraee attached photos of the alleged Hezbollah members taking pictures and observing Israel from a small structure on the border.

According to the IDF, the alleged Hezbollah position represents a violation of United Nations Security Council Resolution 1701, which ended the 2006 second Lebanon war.

The resolution calls for armed groups besides the official Lebanese military and peacekeeping United Nations Interim Force in Lebanon (UNIFIL) to remain north of the country’s Litani River. 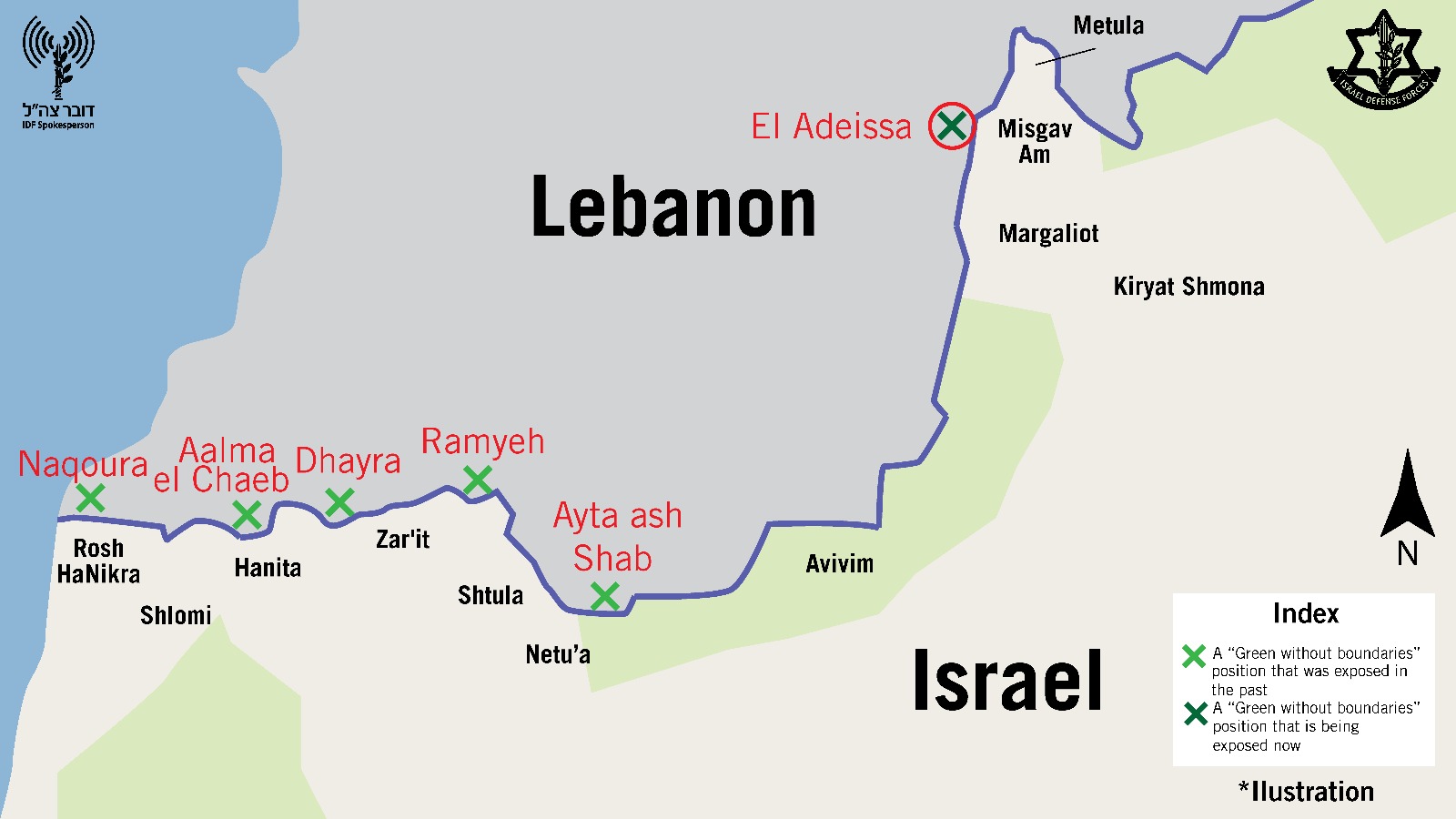 An illustrative map showing the approximate locations of six observation posts along the Israeli-Lebanese border belonging to the ‘Green Without Borders’ group, which Israel believes is a front for the Hezbollah terrorist group. (Israel Defense Forces)

In 2017, the United Nations rejected Israel’s claim that Hezbollah was using the NGO as a front for its activities.

At the time, UNIFIL said that while “Green Without Borders” members have planted trees in the area, it “has not observed any unauthorized armed persons at the locations or found any basis to report a violation of resolution 1701.”

Adraee noted that the head of the IDF’s Northern Command said Tuesday that Hezbollah recently stepped up construction on military infrastructure near the border.

“Recently, Hezbollah has intensified construction on its posts right here along the border,” said Maj. Gen. Amir Baram, at an annual ceremony commemorating those IDF soldiers who lost their lives in the Second Lebanon War.

“We can see the operatives approaching the border area. We know them: their names, where they come from and where they are working. When the time comes, they will pay the price,” he said.

Baram vowed that the IDF will “destroy all the infrastructure” in question and “will reduce it to nothing.”

Baram also directed a jab at UNIFIL: “Hezbollah is continuing to build its terrorist assets despite the presence of UNIFIL forces close to its positions.”

But, he added, “Don’t worry, we never rely on anyone else for our safety.”

The army in the past has accused UNIFIL of failing to stymie Hezbollah activity near the border, despite the terror group being banned from operating in the area. 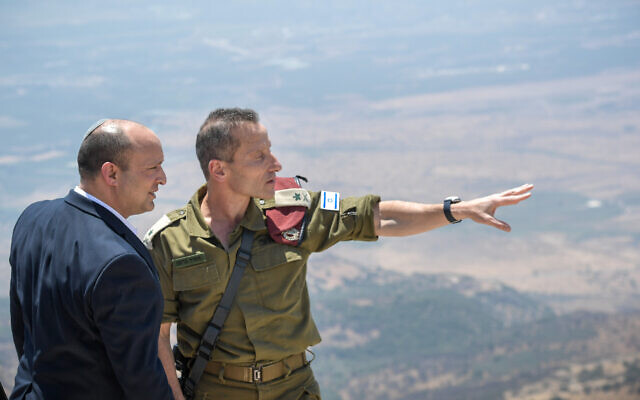 Baram’s comments came a day after a senior Hezbollah official threatened to use force against Israel amid an ongoing maritime border dispute between Jerusalem and Beirut. He was also speaking just days after the IDF wrapped up a major drill simulating a military offensive in Lebanon in a potential future war.

Hezbollah deputy chief Naim Qassem told Reuters on Monday that it is prepared to use force against Israel if Lebanon determines that its maritime borders have been breached with the arrival of a new gas production rig in disputed waters.

“When the Lebanese state says that the Israelis are assaulting our waters and our oil, then we are ready to do our part in terms of pressure, deterrence and use of appropriate means — including force,” Qassem said in comments to the wire agency.

“The issue requires a decisive decision from the Lebanese state,” he added, noting that Hezbollah, the heavily armed terrorist group in Lebanon backed by Iran, has “urged the government to hurry up, to set a deadline for itself.”

On Sunday, Lebanese President Michel Aoun said that Israeli action in the territory represents “a provocation and a hostile act.”

Members of UNIFIL patrol the area of Naqoura, south of the Lebanese city of Tyre, on the border with Israel on June 6, 2022. (Mahmoud Zayyat/AFP)

An IDF report released Sunday said that the military is preparing for a Hezbollah attack on the rig and is planning to deploy naval forces to the site, including a sea-borne Iron Dome anti-missile battery. The rig is expected to begin operations within the next few months.

Israel said on Wednesday it “prepared to defend” the facility.

Last week, the IDF held a major military exercise in Cyprus, simulating a ground offensive deep inside Lebanon in a potential war against the Iran-backed Hezbollah terror group.

Hezbollah has long represented the IDF’s most significant military threat, with an estimated arsenal of nearly 150,000 rockets and missiles that can reach anywhere in Israel. The exercise’s main goal was to simulate halting Hezbollah rocket fire on Israel amid a major escalation, through a ground offensive in Lebanon. According to military officials, the only way to achieve such a goal was to be “significantly present” in the areas where attacks are being launched from, keeping the enemy far from the border.

Times of Israel staff contributed to this report.