Skip to content
HomeWorldIAEA: Iran yet to clarify presence of nuclear material at undeclared sites 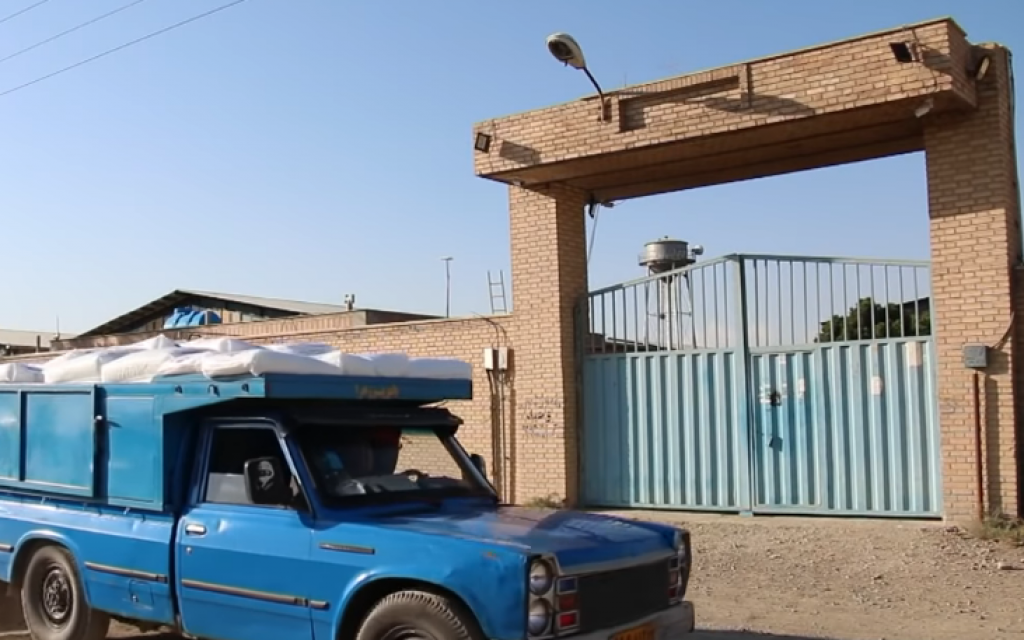 Iran said Tuesday a report by the UN nuclear watchdog on undeclared nuclear material found at three sites was “not fair” and said pressure from Israel may have prompted a harsher summary.

“Unfortunately, this report does not reflect the reality of the negotiations between Iran and the IAEA,” foreign ministry spokesman Saeed Khatibzadeh told reporters, referring to the Monday report by the International Atomic Energy Agency.

“It’s not a fair and balanced report,” he said, adding: “We expect this path to be corrected.”

The latest IEAE report came as talks to revive a 2015 nuclear deal between Iran and major powers remain deadlocked after stalling in March.

In it, the organization said it still had questions that were “not clarified” regarding undeclared nuclear material previously found at three sites — Marivan, Varamin and Turquzabad.

It said its long-running efforts to get Iranian officials to explain the presence of nuclear material had failed to provide the answers it sought.

Iran saw an Israeli hand in the IAEA’s findings. “It is feared that the pressure exerted by the Zionist regime and some other actors has caused the normal path of agency reports to change from technical to political,” Khatibzadeh said.

Turquzabad, a district of Tehran, was previously identified by Israel as an alleged site of secret atomic activity.

Inspectors from the International Atomic Energy Agency visited the Turquzabad site several times after then-prime minister Benjamin Netanyahu identified it in a 2018 address to the UN General Assembly. They took soil samples and later definitively concluded that there were “traces of radioactive material” there, Israel’s Channel 13 news reported in 2019.

Sources told AFP in February 2021 that there was no indication the site had been used for processing uranium, but that it could have been used for storing it as late as the end of 2018.

Earlier, Iran’s representative to the IAEA, Mohammad Reza Ghaebi, said the report “does not reflect Iran’s extensive cooperation with the agency.”

“Iran considers this approach unconstructive and destructive to the current close relations and cooperation between the country and the IAEA,” he said, adding: “The agency should be aware of the destructive consequences of publishing such one-sided reports.”

On Tuesday, Prime Minister Naftali Bennett published documents he said showed that Iran had spied on the IAEA in order to plan a cover-up of its nuclear activities.

In a separate report published on Monday, the IAEA estimated that Iran’s stockpile of enriched uranium had grown to more than 18 times the limit agreed on in the 2015 deal between Tehran and major powers.

The twin reports came as talks to revive the 2015 nuclear deal formally known as the Joint Comprehensive Plan of Action remain deadlocked after stalling in March.

The agreement gave Iran relief from crippling economic sanctions in exchange for curbs on its nuclear activities designed to prevent it from developing an atomic bomb — an ambition it has always denied.

But the pact was left on life support when then US president Donald Trump pulled out unilaterally in 2018 and reimposed biting sanctions on Tehran, prompting Iran to begin rolling back on its own commitments.

One of the main sticking points is Tehran’s demand — rejected by Washington — that the Islamic Revolutionary Guard Corps, the ideological arm of Iran’s military, be removed from a US terrorism blacklist.