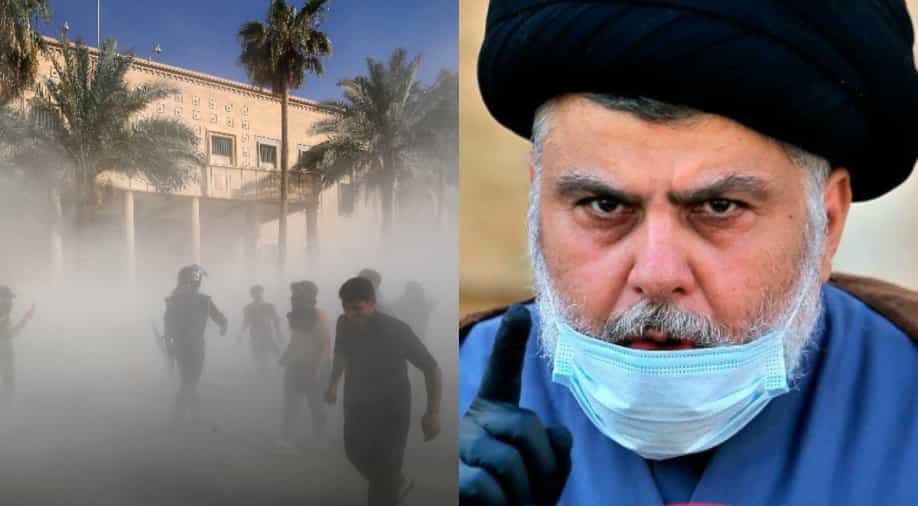 Protestors started to depart from the Green Zone in Baghdad on Tuesday after Moqtada Sadr, a powerful cleric in Iraq, urged his supporters to call off a protest after violence claimed the lives of 23.

Sadr threatened to “disavow” anyone still in the high-security Green Zone after giving his supporters “60 minutes” to depart.

From his base in the city of Najaf in central Iraq, Sadr told reporters, “I apologise to the Iraqi people, the only ones affected by the events.”

AFP reports that following Sadr’s address, which was broadcast live on television, his supporters could be seen starting to leave the Green Zone, and shortly after that, the army lifted the nationwide curfew that had been in place since Monday’s violence flared up.

Iraq’s political crisis has left the nation without a functioning government, prime minister, or president for months, and has caused tensions to skyrocket.

Sadr’s followers stormed the government palace inside the Green Zone on Monday afternoon in response to their leader’s announcement that he was leaving politics, and events intensified quickly.

Following the 2003 US-led overthrow of dictator Saddam Hussein, Sadr, a grey-bearded preacher with millions of devoted followers, once led a militia against American and Iraqi government forces. On Monday, Sadr announced his “definitive retirement” and said he had “decided not to meddle in political affairs.”

On Tuesday morning, fighting between Sadr’s followers and the army and members of the Hashed al-Shaabi, erstwhile paramilitaries supported by Tehran and now part of the Iraqi military, continued with the rattling of automatic weapons and louder blasts of rocket-propelled grenades.

The UN mission in Iraq has also issued a warning that “an extremely dangerous escalation” was imminent and urged all parties to “refrain from acts that could lead to an unstoppable chain of events.”

It asserted that “the very survival of the state is at stake.”