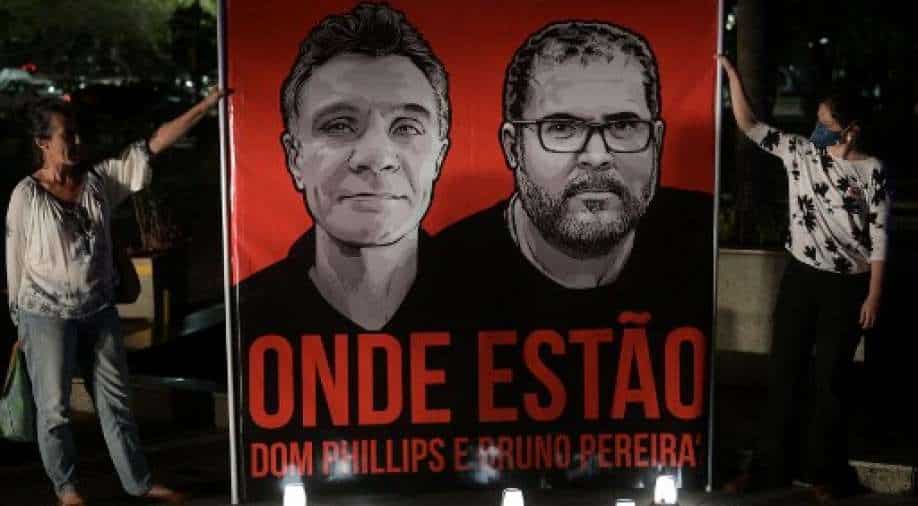 Brazil’s justice minister Anderson Torres said human remains were found at a site in the Brazilian Amazon as search continues for the missing British journalist and a Brazilian indigenous expert.

Reports claimed the police had detained two people related to the case. British correspondent Dom Phillips, 57, and Brazilian Bruno Pereira, 41, were reported missing in Javari Valley amid reports of death threats against the duo.

Police said suspect Amarildo da Costa de Oliveira had “recounted in detail the crime that was committed and indicated the place where he buried the bodies.”

Also Read: Family of a British journalist who has gone missing in Amazon calls for deeper search

Phillips was reportedly working on a book on sustainable development in the Amazon. Pereira was acting as his guide as the two went missing.

Brazilian President Jair Bolsonaro faced criticism after he commented that the British journalist was “disliked” for his reporting on the region while adding that it was “very reckless to travel in that region without being sufficiently prepared, physically and with weapons.”

“All signs indicate that if they were killed — and I hope that’s not the case — they’re in the water, and in the water there won’t be much left. I don’t know if there are piranhas in the Javari,” the Brazilian president said.

Authorities have been looking for the two men for the past eleven days. Reports say the Javari Valley is a hotbed of drug trafficking and mining.

Phillips and Pereira were reportedly last seen at a village in Sao Gabriel on June 5 and were travelling in a boat.