Skip to content
HomeWorld‘Home Pong’ prototype made by video game pioneer Atari fetches over $270,000 at auction 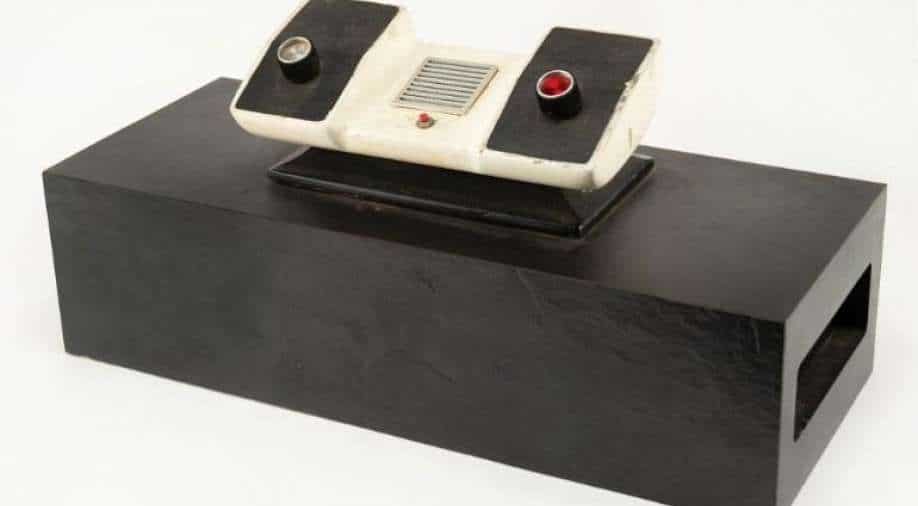 A ‘Home Pong’ prototype made by video game pioneer Atari Inc. has sold for $270,910 at an auction in Boston. It was called ‘The Steve Jobs Revolution: Engelbart, Atari, and Apple’ auction.

According to Bobby Livingston, executive vice president at seller RR Auction, ”One of my favorite lots in the auction is this quarter that was used in the first video game while it was in a bar room in Menlo Park, California. It was made by Atari. It was the pong game.”

”And it had gotten so much money into this machine, it broke. And this is one of the first quarters taken out of that machine and given to Atari employee number three Al Alcorn, who’s the consignor?”

”And you can see the pong mechanisms here, but they didn’t have a case for it quite yet. And so, he’s built a wooden case to hold the electronics in the board,” he added.

In a letter of provenance written and signed by Alcorn himself, he explains why the “Home Pong” prototype was created.

“In 1975, Atari had managed to become dominant in the coin-operated entertainment business and moved on to build video games for the home market,” he said.

“We had to get Pong running on a single chip of silicon so a product could be built at a price a consumer could afford.”

Founded in 1972 by Nolan Bushnell and Ted Dabney, Atari is famous for its “Pong” table tennis game, widely regarded as the first video game to achieve serious commercial success.

The brand with its portfolio of more than 200 games and franchises was saved from bankruptcy in 2013 by French company Ker Ventures owned by Frederic Chesnais and American fund Alden.

The auction includes many items relating to Jobs, including high school photos and a job application which will also be an NFT.

“Steve did not sign very many things. He didn’t like to sign objects. So, his signature is very rare. It’s actually one of the rarest signatures the collectors are interested in. So, any time something comes up with Steve’s signature on it, it goes for a lot of money,” explained editor at large for Wired, Steven Levy.

The auction house said the items help tell the story of computer history.

“What makes these computers and video games so special is they’re prototypes and they’re very early models that are difficult to find. And we’ve had – these items are being consigned to us by people from the Silicon Valley that were there when this whole computer revolution started. So, these are very desirable. These particular computer items are museum quality items,” said Livingston.