Skip to content
HomeWorld‘Hacks and thugs’: Donald Trump lashes out as FBI cites ‘evidence of obstruction’ in Mar-a-Lago raid 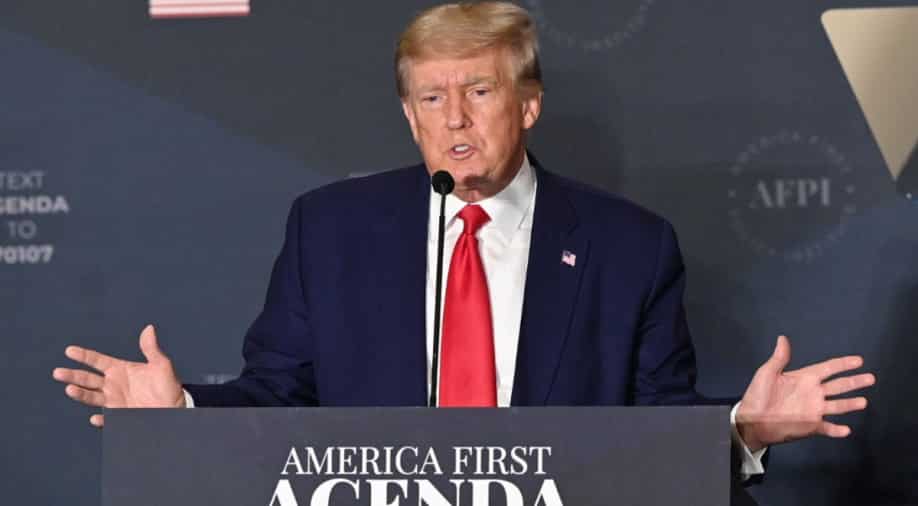 Former United States president Donald Trump called the FBI “political hacks and thugs” and also criticised the Justice Department after the release of a heavily redacted version of the affidavit filed in front of the judge while seeking permission to raid his Mar-a-Lago residence.

The affidavit claimed that the search was conducted after the FBI spoke to witnesses and found “probable cause” to suggest that documents containing “national defense information” were present at the property.

According to a number of reports, the FBI recovered more than a hundred documents during the raid conducted at Trump’s Florida residence on August 8. While Trump kept asking for transparency from the authorities, he expressed his displeasure at the process after the affidavit was released.

The affidavit had a large number of places redacted due to the ongoing legal proceedings against Trump, but it suggested that the former president may have been in possession of documents proving obstruction of justice.

Trump was heavily critical of US Magistrate Judge Bruce Reinhart for granting FBI the permission to conduct the raid and hinted that the decision was taken due to the judge’s “animosity and hatred” towards Trump. He also called the affidavit a “a total public relations subterfuge by the FBI & DOJ.”

Also read | US Senator refers to Taiwan as ‘country’, vows support to help it become an ‘independent nation’

Trump took to his social media platform and wrote that “the political Hacks and Thugs had no right under the Presidential Records Act to storm Mar-a-Lago and steal everything in sight”.