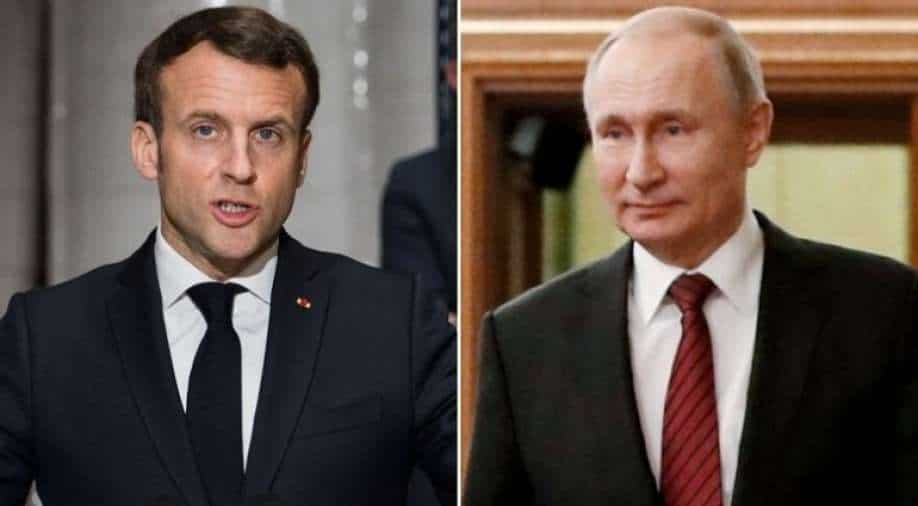 France’s foreign ministry said Friday it had summoned the Russian ambassador to protest “unacceptable” tweets issued by the embassy in Paris showing crude cartoons depicting Europe and the United States.

“These publications are unacceptable,” a ministry spokesperson said after two tweets on Thursday, now deleted, that depicted kneeling Europeans licking the buttocks of a man dressed as Uncle Sam, and another showing two doctors wearing American and EU insignia injecting Europe with syringes marked “Russophobia”, “Neo-Nazism” and “Sanctions.”

“We are trying to maintain a demanding channel of dialogue with Russia and these actions are completely inappropriate.”

France’s European Affairs Minister Clement Beaune had slammed the cartoon post on Thursday calling it “a disgrace” in response to the drawing which had been posted earlier in the afternoon by the Twitter account of the Russia Embassy in France.

The Russian Embassy in Paris had timed its publication of the cartoon to coincide with Thursday’s unprecedented triple summit in Brussels of NATO, the G7 and the European Union to discuss how to tackle Russia’s war in Ukraine.

Western leaders met in Brussels to strengthen their forces in Eastern Europe, increase military aid to Ukraine and tighten their sanctions on Russia as Moscow’s assault on its neighbour entered its second month.

French President Emmanuel Macron has sought to keep dialogue with Russian President Vladimir Putin and continues to speak regularly with him as part of efforts to get a ceasefire and begin a credible negotiation between Kyiv and Moscow.

Lavrov said at a meeting on Friday that “a real hybrid war, total war was declared on us.” He said the goal was “to destroy, break, annihilate, strangle the Russian economy, and Russia on the whole.”

During the first month of what Russia describes as a “special military operation” in Ukraine, the West imposed tough measures targeting Russia’s economy and financial system as well as President Vladimir Putin and Russian oligarchs.

Despite that, Lavrov said Russia was not isolated.

“We have many friends, allies, partners in the world, a huge number of associations in which Russia is working with countries of all continents, and we will continue to do so,” Lavrov said. He added that the vast majority of states won’t join the Western sanctions policy against Russia.