Skip to content
HomeWorldFly out, run to border, search self-harm: How Russians are trying to evade Putin’s conscription call 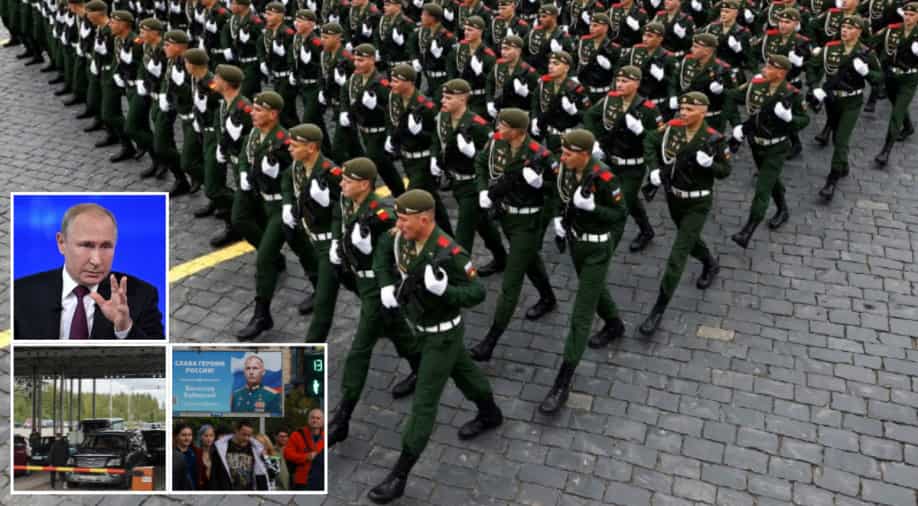 President Vladimir Putin said on Wednesday that Russia will use all available means to protect its territory as he has ordered the nation’s first partial mobilisation since World War II. Putin said that the additional manpower was needed to win a war against not only Ukraine but also its Western backers.

In a televised address, Russian defence minister Sergei Shoigu said that Russia will draft 300,000 reservists to support its military campaign in neighbouring Ukraine. Notably, this is a partial call-up as Russia’s defence minister says that the nation has a reserve force of 25 million.

Putin’s move has been labelled as an “act of desperation” by the West. On the sidelines of the UN General Assembly, German Chancellor Olaf Scholz insisted Russia “cannot win this criminal war” in Ukraine and that Putin “with his most recent decision makes everything much worse”.

Since the announcement, there have been several reports on how it has impacted the common people in Russia.

Flights out of Russia sell out

One-way flights out of the country were surging in price and selling out fast. Google Trends data showed an increase in the demand for direct flights from Moscow. There was a spike in searches for Aviasales, which is Russia’s most popular flight-booking site.

Aviasales data also showed that the direct flights from Moscow to Istanbul in Turkey and Yerevan in Armenia were sold out on Wednesday. Notably, both destinations allow Russians to enter without a visa.

No tickets being sold to Russian men aged 18-65

In the latest development, media reports stated that the Russian airlines had stopped selling tickets to Russian men between the age of 18 to 65, those who are potential to be drafted into the reservists’ list.

#BREAKING: Social media accounts in Russia: Russian Railways and airlines are refusing to sell tickets to men 18-65 years of age

‘How to break arm at home’

Newsweek reported that Google searches for “how to break an arm at home” increased after Putin announced partial mobilisation.

Russians are also searching on Google for how to “avoid mobilisation and stay alive.”

In a tweet, Ukraine’s defence ministry said that they would have been better off “Googling instructions for making Molotov cocktails when there was still time.”

russians are now actively Googling how to avoid mobilization and stay alive.
They would have been better off Googling instructions for making Molotov cocktails when there was still time.

The russians were given 12 hours of rest, so Google could answer all the questions, including the question of what is the average life expectancy of a russian soldier in Ukraine.

After the announcement, the traffic on the eastern Finnish border with Russia increased overnight on Wednesday. The Finnish border guard in a tweet said that the surge in activity continued even on Thursday morning as well. It clearly shows that people in Russia are trying to move out of the country.

Dozens were arrested in Moscow and St Petersburg

More than 700 people were detained across Russia at protests against mobilisation on Wednesday, a rights group said. The independent OVD-Info protest monitoring group said it was aware of detentions in at least 36 different cities. Unsanctioned rallies are illegal under Russia’s anti-protest laws.

‘I am concerned’: Russian in Istanbul

One Russian man arriving at Istanbul Airport said he had left partly over the Kremlin’s decision. “Partial mobilisation is one of the reasons why I am here. Very poor step and it seem to be that it can lead to lots of problems to lots of Russian citizens. I am concerned. I didn’t believe that the next step would be mobilisation and I feel that not many Russian people want to fight and want to be mobilised and want to go to the army,” said Alex as quoted by news agency Reuters. He declined to give surname due to safety concerns.