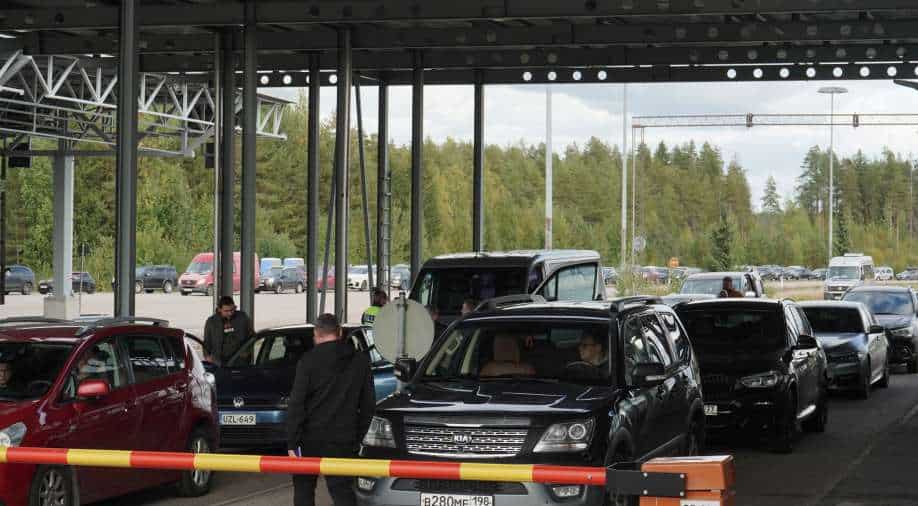 Protests and emotional outbursts marked the first full day of Russia’s first mobilisation since World War II. Even though President Putin talked of a partial mobilisation, there are indications that Russia could be considering far more than the 300,000 new conscripts.

“It’s not a partial mobilisation, it’s a 100 per cent mobilisation,” said Alexandra Garmazhapova, president of the Free Buryatia Foundation, an activist group. The group has reported on the draft in the region.

The group received and identified more than 3,000 reports of povestka, or draft papers, being delivered in Buryatia within 24 hours of Putin announcing the mobilisation. Women cried and hugged as they sent their husbands and sons off to fight in Russia’s war in Ukraine. People could be seen protesting at the draft centres with officials telling them that “You’re fighting for your children’s future”.

“We don’t have a present, what kind of future are you talking about?,” a man in the crowd responded.

Even though Russia assured that only men who had recently served in the army and had combat experience will be drafted, activists pointed to a number of cases of men in their 50s receiving draft notices. One woman told Guardian that her 52-year-old relative has been delivered a povestka just before the draft was announced the previous day.

Defence minister Sergei Shoigu said in a televised address that Russia would be targeting 300,000 draftees, mainly those with recent military experience. However, some people think the order signed by Putin is likely to have a much higher number. An independent Russian newspaper puts the number at one million.

Video and anecdotal evidence has shown large drafts taking place even in small towns. Most of these towns are in Russia’s ethnic minority republics that have also suffered a disproportionate number of deaths and casualties from the war.

Meanwhile, Kremlin spokesperson Dmitry Peskov has apparently confirmed that police were handing down draft notices to detainees. “It does not violate the law,” he said.

People have been protesting against the mobilisation call and several of those detained following the protests were immediately given the draft notice, reports say.