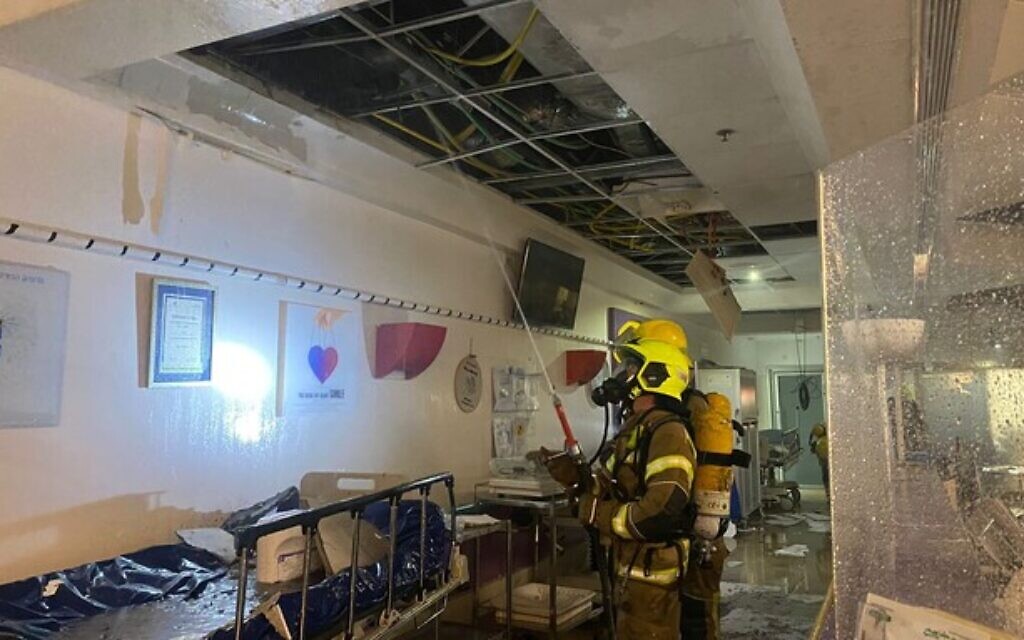 A fire broke out at the Schneider Children’s Medical Center in Petah Tikva overnight Wednesday-Thursday forcing nurses to evacuate several premature babies in order to prevent them from suffering from smoke inhalation.

Firefighters arrived at the scene and quickly managed to gain control of the blaze. No one was injured in the incident and emergency workers were working to clear the hospital of smoke before allowing staff to return the evacuated patients and resume normal operations, the Fire and Rescue Authority said.

There was no immediate word on the cause of the blaze.

Some 35 teams and an aerial firefighter were dispatched to the Upper Galilee at around noon as fires broke out near Kibbutz Manara and the city of Kiryat Shmona, according to a statement issued by the Fire and Rescue Authority.

A brushfire broke out near Mesilat Zion, not far from Latrun, outside Jerusalem. A firefighting helicopter was battling the flames, along with seven firefighting planes and 29 firefighting teams.

The causes of those fires were not immediately clear either.