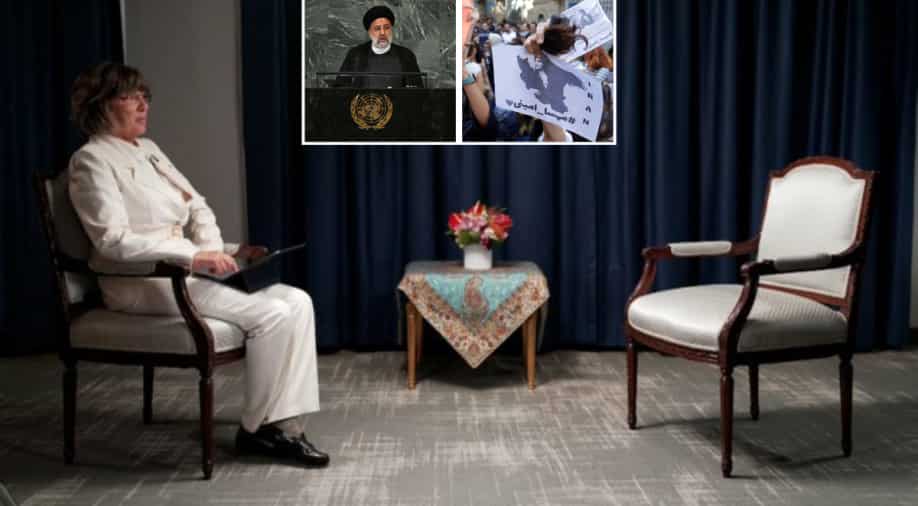 Iranian President Ebrahim Raisi cancelled his interview with a veteran woman news anchor in the United States after she refused to wear a headscarf (hijab) for the scheduled interaction.

The interview was set to take place at the UN General Assembly in New York City by CNN’s Christiane Amanpour, who is of Iranian origin. It was supposed to be Raisi’s first-ever interview on US soil, which eventually didn’t happen.

In a series of tweets, Amanpour, who is a British-Iranian journalist and television host, revealed what exactly happened. She said, “After weeks of planning and eight hours of setting up translation equipment, lights and cameras, we were ready. But no sign of President Raisi.”

Amanpour added, “40 minutes after the interview had been due to start, an aide came over. The president, he said, was suggesting I wear a headscarf, because it’s the holy months of Muharram and Safar.”

“I politely declined. We are in New York, where there is no law or tradition regarding headscarves. I pointed out that no previous Iranian president has required this when I interviewed them outside Iran,” she further said.

The cancellation of this interview came even as Iran is facing unprecedented nationwide protests against the forced practice of hijab in the country. Public anger flared up in Iran since authorities announced the death of 22-year-old Mahsa Amini, who had been held by the morality police for allegedly wearing a hijab headscarf in an “improper” way and died in custody.

Amid massive outrage, some women demonstrators have defiantly taken off their hijabs and burned them in bonfires or symbolically cut their hair before cheering crowds.

The senior journalist mentioned in her tweets that the Iranian president’s aide made it clear that the interview would not happen if she did not wear a headscarf and he said that it was “a matter of respect” and also referred to “the situation in Iran”.

Raisi also accused the West of “double standards” on women’s rights as his country is gripped by protests over the death of a woman arrested by religious police.

“We have this double standard where attention is solely focused on one side and not all,” the hardline cleric told the United Nations General Assembly, pointing to deaths of indigenous women in Canada and Israeli actions in the Palestinian territories.