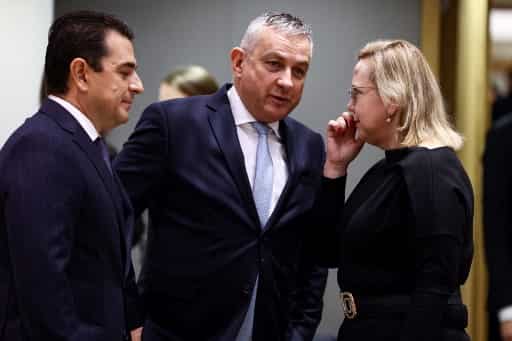 The European Union energy ministers were unable to agree on a cap on gas prices amid the ongoing energy crisis in Europe. Czech industry minister Jozef Sikela, whose country holds the current presidency of the EU, said on Thursday that the members will meet in December once again in an attempt to come up with a common price cap. However, AFP reported that a couple of measures were agreed upon during the meeting including joint gas purchases and a gradual shift to renewable energy sources.

Ahead of the meeting, the European Commission came up with a plan to introduce a price cap on natural gas across Europe but it was not received well by most member states. According to the plan, the maximum cap will be 275 euros per megawatt hour but it came with some conditions.

The proposed cap will only be viable if the limit is breached for two weeks continuously and during the same period of time, the price for liquified natural gas (LNG) also goes up over 58 euros.

As a result, most members expressed their doubt over the complications that can arise from the proposed cap and the Polish and Spanish energy ministers even called it a ‘joke’, according to AFP.

The sanctions imposed on Russia in the wake of the invasion of Ukraine have made life difficult for Europe. Russia used to account for over 40 per cent of the gas supply in the continent and although there is no complete ban, the Kremlin has stopped its exports in what Europe is calling a tactical move.