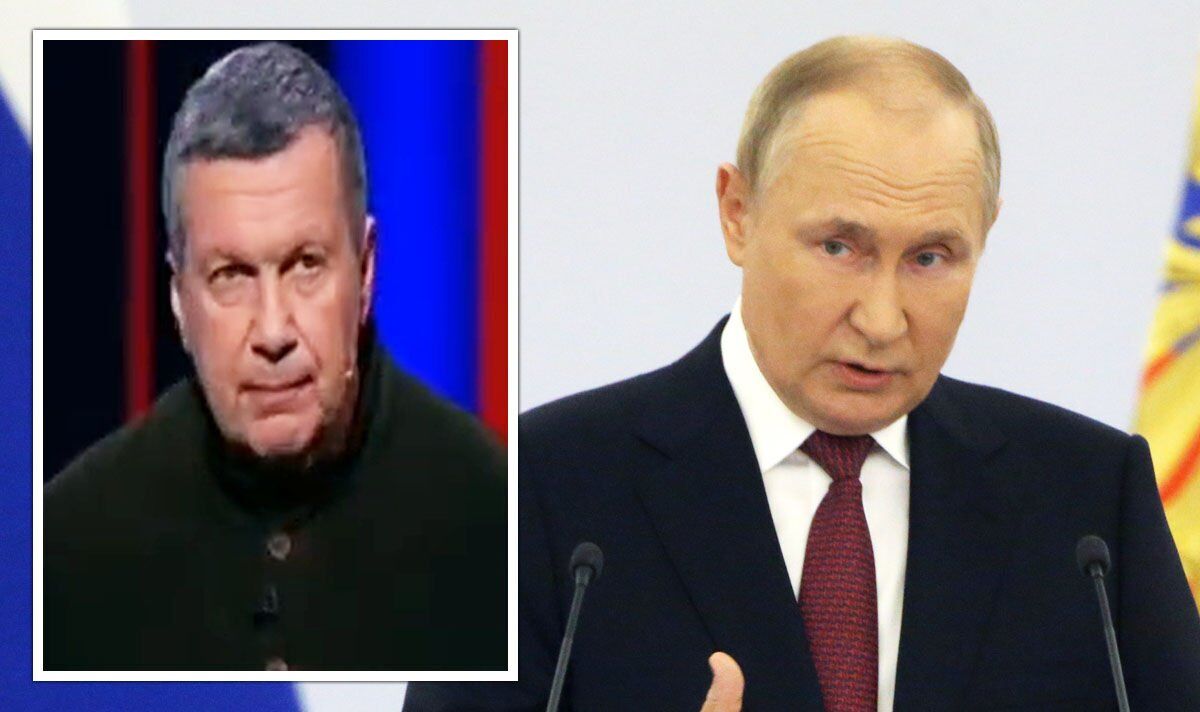 Vladimir Putin has ordered 300,000 additional reserve troops to report for military training in order to boost invading forces on the frontline in Ukraine. The decision has already sparked huge public backlash within Russia, as families, in fear of being torn apart by mandatory military call-ups, have headed for escape via accessible land borders. While Kremlin-controlled media has remained fiercely supportive of the special military operation, acting to provide a shield of misinformation on the Russian military performance, the mobilisation has marked a notable shift in the presenters’ attitude. Formerly unwilling to acknowledge any sign of Russian weakness in the conflict, the state media pundits have now warned citizens not to expect positive developments in the war over the coming weeks, despite the flood of mobilised reserve soldiers.

Speaking on state-controlled network Russia One, television host Vladimir Solovyov said: “In real life, I’d really like us to attack and take Kyiv tomorrow but I am aware that, for those 300,000 who are undergoing partial mobilisation, time is required for that.

“Time is required for their training, for their combat coordination, and for them to have everything they need for entering battle.

“This means that for a certain period of time, things won’t be easy for us.

“Right now, we shouldn’t be expecting good news. We need to possess ‘long will’ and strategic patience.”

Read more: Putin’s nuclear threat to Ukraine may not be a bluff, advisor says

In an unusual shift in Vladimir Putin’s leadership style, the Russian President has himself acknowledged a shortfall in the organisation of the partial mobilisation scheme.

During a video conference with members of the Security Council, President Putin said: “A lot of questions are being raised during this mobilisation campaign, and we must promptly correct our mistakes and not repeat them in the future.”

He added that there had been errors regarding some groups being pressured to report for mobilisation, including individuals with “chronic illnesses” or men already over the call-up age.

Vladimir Putin continued: “We need to deal with each case separately, and if a mistake has been made, I repeat, it must be corrected, and those who have been drafted without proper grounds must be sent home.”

The Ministry of Defence declared: “Putin’s unusually rapid acknowledgment of problems highlights the dysfunction of the mobilisation over its first week.

“Local officials are likely unclear on the exact scope and legal rationale of the campaign. They have almost certainly drafted some personnel who are outside the definitions claimed by Putin and the Ministry of Defence.”