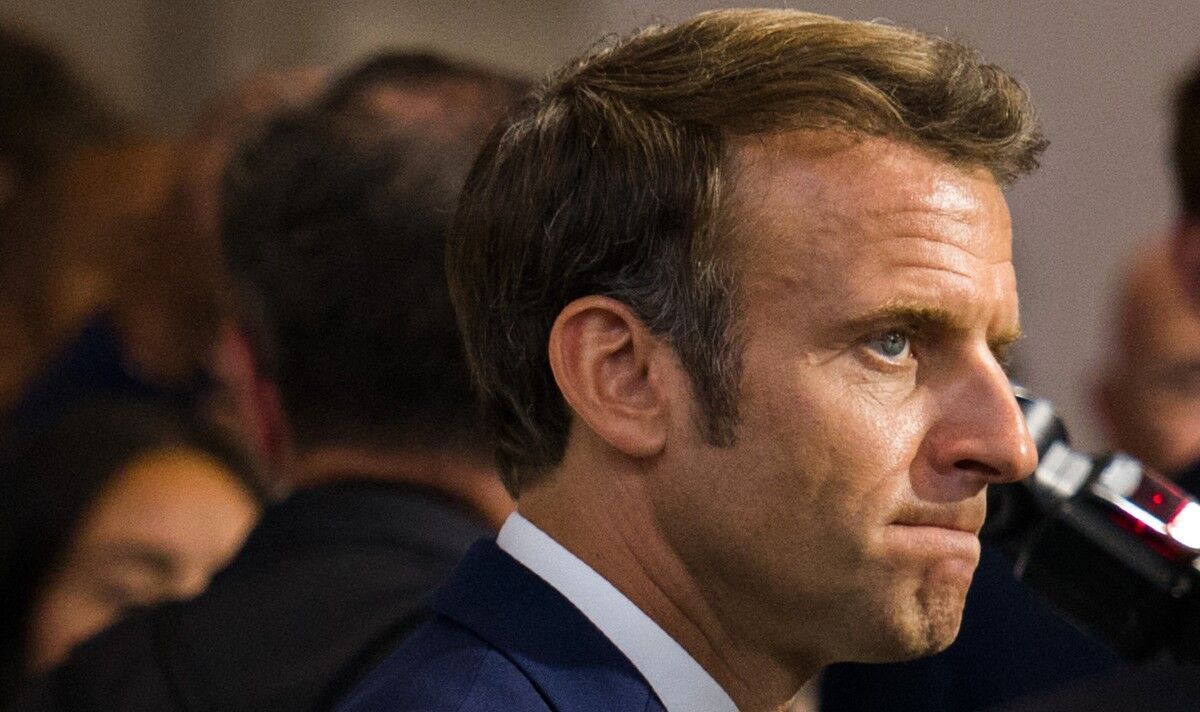 The French President was speaking ahead of a planned visit to Kyiv with his German counterpart Olaf Scholz and Italy’s Prime Minister Mario Draghi. Mr Macron said: “The time will come when we have done all we can to help Ukraine resist.”

“When, as I hope, Ukraine will have won and the fighting ceased, we will have to negotiate.

“The Ukrainian president and his leaders will have to negotiate with Russia.”

Paris has pushed for a ceasefire for weeks with many in Kyiv seeing it as a bid to halt the current conflict and allow Russia to continue occupying swathes of Ukrainian territory.

In a speech to the Czech parliament via video-link, he warned Russian forces would not stop at Ukraine.

Mr Zelensky said: “Russia is not interested only in our Mariupol, Severodonetsk, Kharkiv and Kyiv.

“No, its ambitions are directed on a vast area from Warsaw to Sofia.

“As in the past, the Russian invasion of Ukraine is the first step that the Russian leadership needs to open the way to other countries, to the conquest of other peoples.”

He was speaking alongside Mr Macron at a military base in Romania on Wednesday.

Meanwhile, Moscow has claimed its forces have destroyed a large number of NATO-supplied weapons stored at a base in western Ukraine.

Russia’s defence ministry said its long-range missiles had destroyed an ammunition depot of foreign weapons sent to Ukraine by NATO countries near the town of Zolochiv in the Lviv region.

These include 155-mm M777 howitzers, which Kyiv has been requesting from the West.

NATO Secretary General Jens Stoltenberg said there was an urgent need to speed up arms deliveries.

He said at a meeting of 50 alliance members in Brussels: “Ukraine is really in a very critical situation and therefore, it’s an urgent need to step up.”

He continued: “So it is also a fact that when we now are actually starting the transition from Soviet-era weapons to more modern Nato weapons, there will also be some time needed to just make the Ukrainians ready to use and operate these systems.”

Besides membership of the EU, Kyiv is pushing for the bloc to expand its six rounds of economic sanctions against Russia.

Mr Zelensky told German broadcaster ZDF: “The sooner Ukraine is strengthened, the sooner Europe acts as one in sanctions to cut off Russia from large financial flows, the weaker Russia will be.”