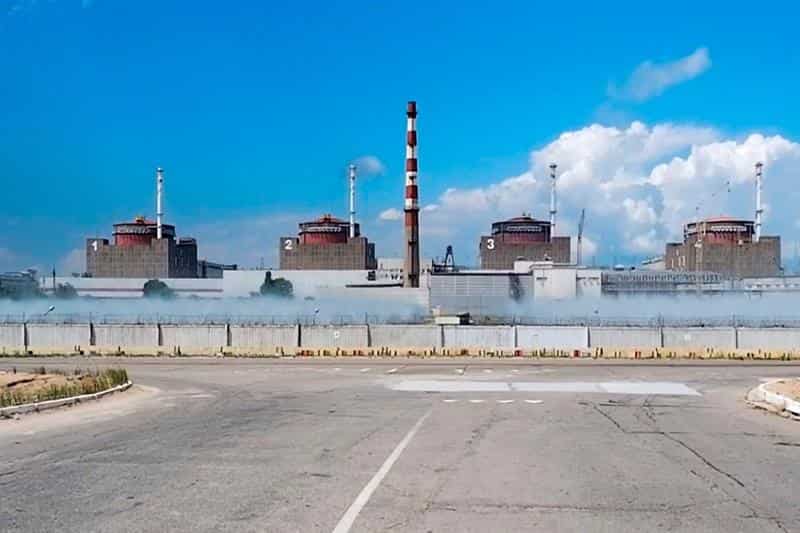 Following Russian air strikes a day before what triggered an automatic disconnect, all three nuclear power reactors under Ukrainian control have been restored to the electricity grid, the Ukrainian energy ministry confirmed on Thursday.

“After yesterday’s massive shelling, energy workers were able to unify the power system and reconnect three nuclear power plants to the power grid by morning,” the ministry said on social media.

The Russian strikes intensified pressure on Ukrainian infrastructure, causing power outages in the country’s southern and eastern parts as well as water and electricity outages in Kyiv, the capital.

According to mayor Vitali Klitschko, energy suppliers in Kyiv were having a difficult time restoring power on Thursday since most of the city was still without electricity.

“Seventy per cent of the capital remains without electricity,” Klitschko said. “Energy companies are making every effort to return it as soon as possible,” he added.

After months of targeted strikes, Ukraine said that Russian forces launched 70 cruise missiles on Wednesday against sites all throughout the country, worsening the energy crisis.

WION Fineprint: Who is profiting from Russia-Ukraine war?

The governor of the eastern Kharkiv region, home to the country’s second-largest city, said Thursday the eponymous city was experiencing “issues with electricity supplies” and reported “emergency power shutdowns”.

The head of the central region of Poltava, Dmytro Lunin, said authorities were “working around the clock to restore power.”

“In the coming hours, we will start supplying energy to critical infrastructure and then to the majority of households,” Lunin said.