There were no injuries.

Graffiti was sprayed nearby with the slogans “Enough with terror attacks, deport Arabs” and “The people of Israel live.”

Police said they were looking for suspects, saying it was an arson attack with a nationalistic motive.

Anti-Palestinian vandalism by Jewish extremists is a common occurrence in the West Bank, but slightly more rare in Israel. 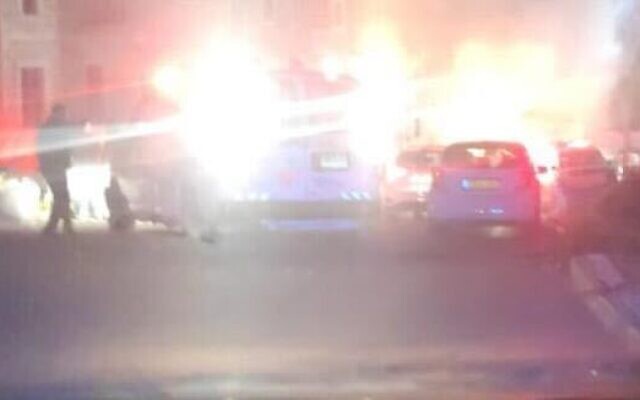 Activists have expressed concerns that extremists have been emboldened by the success of far-right parties in the recent elections.

Incidents of vandalism against Palestinians and Israeli security forces are commonly referred to as “price tag” attacks, with perpetrators calling them retaliation for Palestinian violence or government policies seen as hostile to the settler movement.

Arrests of perpetrators are exceedingly rare and rights groups lament that convictions are even more unusual, with the majority of charges in such cases being dropped.

The attack came two days after a deadly terror attack in Jerusalem and amid heightened tensions in the West Bank.